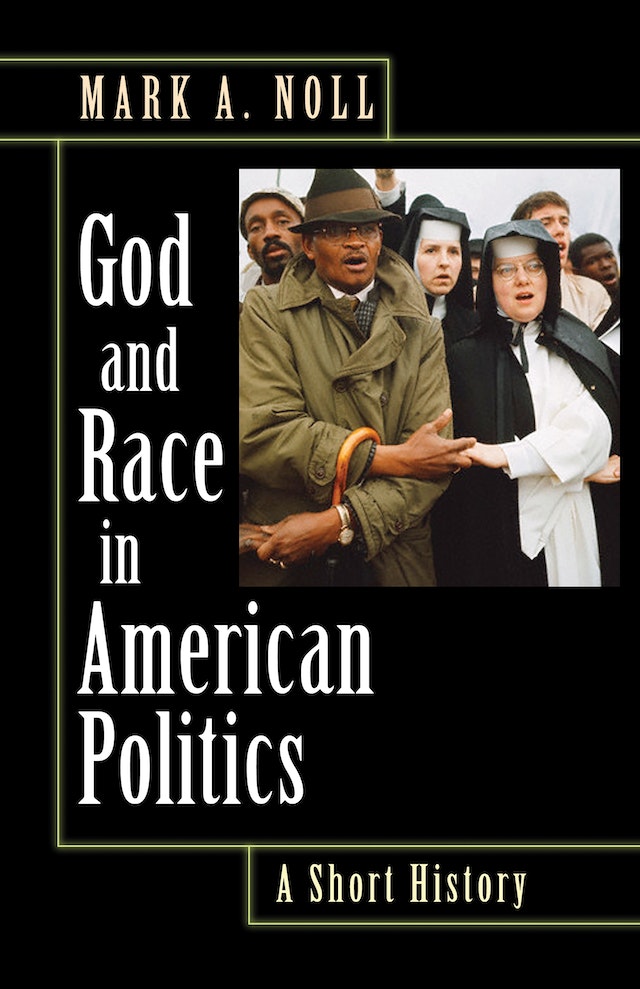 Religion has been a powerful political force throughout American history. When race enters the mix the results have been some of our greatest triumphs as a nation — and some of our most shameful failures. In this important book, Mark Noll, one of the most influential historians of American religion writing today, traces the explosive political effects of the religious intermingling with race.


Noll demonstrates how supporters and opponents of slavery and segregation drew equally on the Bible to justify the morality of their positions. He shows how a common evangelical heritage supported Jim Crow discrimination and contributed powerfully to the black theology of liberation preached by Martin Luther King Jr. In probing such connections, Noll takes readers from the 1830 slave revolt of Nat Turner through Reconstruction and the long Jim Crow era, from the civil rights movement of the 1950s and 1960s to “values” voting in recent presidential elections. He argues that the greatest transformations in American political history, from the Civil War through the civil rights revolution and beyond, constitute an interconnected narrative in which opposing appeals to Biblical truth gave rise to often-contradictory religious and moral complexities. And he shows how this heritage remains alive today in controversies surrounding stem-cell research and abortion as well as civil rights reform.

God and Race in American Politics is a panoramic history that reveals the profound role of religion in American political history and in American discourse on race and social justice.

Mark A. Noll is the Francis A. McAnaney Professor of History at the University of Notre Dame. His books include America's God, The Civil War as a Theological Crisis, and The Scandal of the Evangelical Mind.

"God and Race in American Politics is a magisterial account of the interplay of race and religion in America from slavery to today. The account is balanced, neither an indictment nor an apologia. As Noll puts it himself, it is a story of 'spectacular liberation alongside spectacular oppression.'"—Peter L. Berger, author of The Sacred Canopy

"Noll writes well and tells an engaging story, challenging the reader to think about the connections he posits. This work will appeal to a broad array of readers interested in questions of race, religion, and politics in America's past and present. I know of no other books that address these issues in precisely this way."—Daniel W. Stowell, author of Rebuilding Zion

"This book eloquently speaks to what is surely one of the most bedeviling issues in American history: the tragic problem of race and its complicated entanglement with religion. With his usual sharp eye for historical detail and an unflinching focus on the unforeseen ironies and paradoxes of America's racial history, Noll tells a compelling story of sin and grace."—R. Marie Griffith, Princeton University