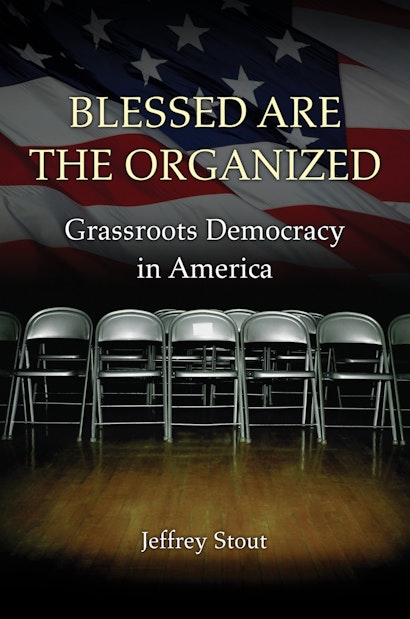 In an America where the rich and fortunate have free rein to do as they please, can the ideal of liberty and justice for all be anything but an empty slogan? Many Americans are doubtful, and have withdrawn into apathy and cynicism. But thousands of others are not ready to give up on democracy just yet. Working outside the notice of the national media, ordinary citizens across the nation are meeting in living rooms, church basements, synagogues, and schools to identify shared concerns, select and cultivate leaders, and take action. Their goal is to hold big government and big business accountable. In this important new book, Jeffrey Stout bears witness to the successes and failures of progressive grassroots organizing, and the daunting forces now arrayed against it.


Stout tells vivid stories of people fighting entrenched economic and political interests around the country. From parents and teachers striving to overcome gang violence in South Central Los Angeles, to a Latino priest north of the Rio Grande who brings his parish into a citizens’ organization, to the New Orleans residents who get out the vote by taking a jazz band through streets devastated by Hurricane Katrina, Stout describes how these ordinary people conceive of citizenship, how they acquire and exercise power, and how religious ideas and institutions contribute to their successes.


The most important book on organizing and grassroots democracy in a generation, Blessed Are the Organized is a passionate and hopeful account of how our endangered democratic principles can be put into action.

"Blessed Are the Organized has a good chance for mass appeal because of the timeliness and the timelessness of the subject. The book is about the little fighting back in big numbers to get the attention of the powerful. Jeffrey Stout shows how it is done in a number of situations. It works."—John Presta, New York Journal of Books

"Stout offers a penetrating tour of the organizing efforts of Southwest IAF affiliates, from the devastated neighborhoods of post-Katrina New Orleans, to the shantytown colonias of the Rio Grande valley in Texas, to the crime-ridden neighborhoods of southeast Los Angeles, to a meeting of more affluent democrats in a Marin County synagogue. He gives us a kind of thick ethnographic description of grassroots, face-to-face democracy, seeking in the stories he hears and the events he witnesses to discern the governing principles and practices of a democratic counterculture that has developed largely under the radar of the media spectacles that pass for American public life. . . . The bulk of Stout's book is devoted to a full, often moving, account of these organizing practices at work—not only successfully but unsuccessfully. . . . Incisive as his theoretical abstractions from these stories are, Stout's greater gift to democrats may lie in bringing to light the struggles, and especially the victories, of the largely obscure men and women who populate his narrative. . . . One can only wish for this heartening book a large, wide, and diverse audience. Few will welcome it more than those democrats who, as Stout once did, find themselves stammering for some answers in the face of the skepticism and despair over democracy's future that grip our faded republic."—Robert Westbrook, Commonweal

"Stout's book is a must-read for an understanding of citizen participation at all levels of organized problem solving in U.S. government and politics."—Choice

"Stout provides useful wisdom for those who will not settle for less than a genuine democratic transformation of our society."—Tikkun

"Blessed Are the Organized is a crucially important work that . . . analyses our political system through the eyes of the underdogs. This perspective of the periphery is a rare sight in a world dominated by the elite agenda of the mainstream media."—E@sy Yo1k blog

"Written in a dynamic style and insisting on characters' profiles, Stout's book is a useful supplement, with data specific to contemporary society, to the political anthropology studies whose main theme is how democratic communities function."—Daniel Sandru, CEU Political Science Journal

"The subject of civil society ranks among the most important topics of contemporary democracy. Jeffrey Stout treats this subject in a manner that is original, bold, and saturated with concrete detail. This is an important book for all friends of democracy around the world."—Adam Michnik, author of Letters from Prison and Other Essays

"Democracy, as Jeffrey Stout shows us, is hard work: a tireless, contestatory struggle to make government responsible and to gain recognition and satisfaction for the civically deprived. Channeling the voices of those engaged in this struggle, Stout forces us to rethink our ideas about citizenship and democracy."—Philip Pettit, coauthor of A Political Philosophy in Public Life

"Blessed Are the Organized matches or exceeds its author's previous prize-winning books. I am in awe at how well Jeffrey Stout has transitioned from philosophy of religion to ethnographic research. Would that most ethnographers were able to do field research this well and make it as engaging and powerful."—Robert Wuthnow, Princeton University

"This engaging book makes a significant contribution to the ongoing discussion of the character and future of American democracy. It introduces readers to a long-standing and effective community organizing movement, and offers a hopeful but realistic assessment of what could happen if this model were implemented more widely and consistently. Stout offers a brilliant explanation of the political choices that now lie before us as a nation and as an emerging global society."—Robin W. Lovin, Southern Methodist University

"This original and important book develops an invigorating conception of democratic citizenship today. It is simply one of the most exciting books that I have read in ages."—Danielle S. Allen, Institute for Advanced Study