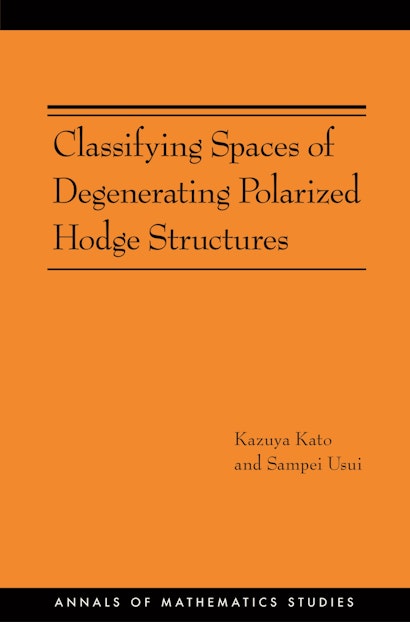 
The book focuses on two principal topics. First, Kato and Usui construct the fine moduli space of polarized logarithmic Hodge structures with additional structures. Even for a Hermitian symmetric domain D, the present theory is a refinement of the toroidal compactifications by Mumford et al. For general D, fine moduli spaces may have slits caused by Griffiths transversality at the boundary and be no longer locally compact. Second, Kato and Usui construct eight enlargements of D and describe their relations by a fundamental diagram, where four of these enlargements live in the Hodge theoretic area and the other four live in the algebra-group theoretic area. These two areas are connected by a continuous map given by the SL(2)-orbit theorem of Cattani-Kaplan-Schmid. This diagram is used for the construction in the first topic.

"The book . . . is well and carefully written and even a beginner can learn a lot from it. . . . It is a nice book and can be strongly recommended."—European Mathematical Society Newsletter