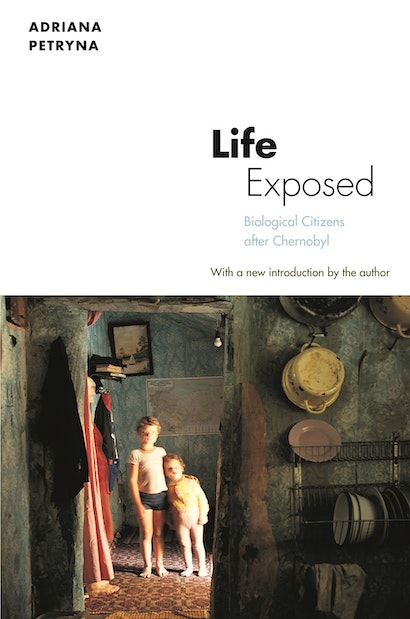 On April 26, 1986, Unit Four of the Chernobyl nuclear reactor exploded in then Soviet Ukraine. More than 3.5 million people in Ukraine alone, not to mention many citizens of surrounding countries, are still suffering the effects. Life Exposed is the first book to comprehensively examine the vexed political, scientific, and social circumstances that followed the disaster. Tracing the story from an initial lack of disclosure to post-Soviet democratizing attempts to compensate sufferers, Adriana Petryna uses anthropological tools to take us into a world whose social realities are far more immediate and stark than those described by policymakers and scientists. She asks: What happens to politics when state officials fail to inform their fellow citizens of real threats to life? What are the moral and political consequences of remedies available in the wake of technological disasters?


Through extensive research in state institutions, clinics, laboratories, and with affected families and workers of the so-called Zone, Petryna illustrates how the event and its aftermath have not only shaped the course of an independent nation but have made health a negotiated realm of entitlement. She tracks the emergence of a “biological citizenship” in which assaults on health become the coinage through which sufferers stake claims for biomedical resources, social equity, and human rights. Life Exposed provides an anthropological framework for understanding the politics of emergent democracies, the nature of citizenship claims, and everyday forms of survival as they are interwoven with the profound changes that accompanied the collapse of the Soviet Union.

Adriana Petryna is the Edmund J. and Louise W. Kahn Term Professor in Anthropology at the University of Pennsylvania. She is the author of When Experiments Travel: Clinical Trials and the Global Search for Human Subjects and the coeditor of When People Come First: Critical Studies in Global Health (both Princeton).

"Petryna's ethnographic approach consciously shapes her account and illuminates it with detail that historians of the future will treasure."—Jeanne Guillemin, Medical Humanities Review

"The book presents exceptionally rich anthropological material generated through observations and interviews. . . . The true scope of the human tragedy caused by this man-made catastrophe comes to the fore via biological stories of Petryna's informants."—Larissa Remennick, Journal of the American Medical Association

"There is nothing comparable. Very well written, it will be of major interest to readers in risk analysis and risk sociology, science studies, and political science, as well as to anyone interested in the consequences of megatechnologies."—Ulrich Beck, author of, World at Risk

"[Chernobyl] is a dramatic and important story, and Life Exposed is a compelling book. . . . [A]n important study that will interest a wide anthropological audience."—Jonathan P. Parry, Journal of the Royal Anthropological Institute

"An ethnographic triumph. Life Exposed is as powerful an analysis of national technical processes of managing risks as I have ever read. Yet it is also a moving meditation on the aftermath of disaster, including the moral and medical morass faced by those who negotiate its world of disability."—Arthur Kleinman, Harvard University