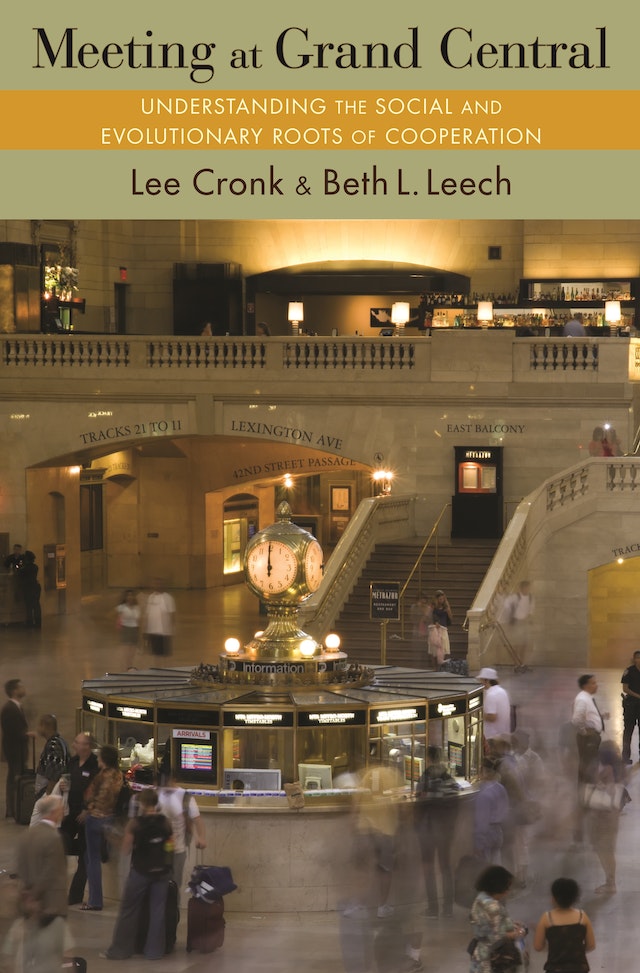 From the family to the workplace to the marketplace, every facet of our lives is shaped by cooperative interactions. Yet everywhere we look, we are confronted by proof of how difficult cooperation can be—snarled traffic, polarized politics, overexploited resources, social problems that go ignored. The benefits to oneself of a free ride on the efforts of others mean that collective goals often are not met. But compared to most other species, people actually cooperate a great deal. Why is this?

"The study of cooperation is a multifield behemoth, and Meeting at Grand Central admirably covers considerable ground. Importantly, it does this in an accessible way, by describing select theories and concepts with clear and vivid examples. Seeing the current fragmented state of scholarship on cooperation as a coordination problem, and thus a problem of common knowledge, the authors also devote considerable time to developing a common set of definitions and concepts."—Daniel J. Hruschka, Current Anthropology

"Better understanding how cooperation emerges from the behavior of interacting individuals represents a crucial endeavor that can only benefit from a multifaceted approach. . . . I am hence confident that . . . readers, independent of their disciplinary background, will not only enjoy the reading, but also find it useful for their work and research."—Giangiacomo Bravo, International Journal of the Commons

"[T]he major strength of the book clearly lies in its ability to stimulate curiosity for further research. . . . [R]eaders who like to read scientific content in an easily accessible way and become inspired to read more will not be disappointed."—Julia Schindler, Journal of Artificial Societies and Social Simulation

"Cronk and Leech have provided a solid platform for taking the analysis of social cooperation and coordination in a variety of directions."—Richard E. Wagner, Review of Austrian Economics

"The sheer breadth of cases addressed in this book makes it an exhilarating read. . . . Cronk and Leech provide a wonderfully comprehensive reference for those interested in co-operation, accessible and engaging enough for an upper-level undergraduate course on the subject. It sets the groundwork to think carefully about how we should model the world, opening the door for future research to develop prescriptive as well as descriptive models, allowing social scientists the ability to rigorously confront this diverse space of problems."—William J. Berger, Journal of Politics

"Meeting at Grand Central would make a great text for an advanced undergraduate or graduate course on cooperation in anthropology, economics, sociology, or political science. There is something for everybody in this challenging and enlightening read."—James L. Boone, Journal of Anthropological Research