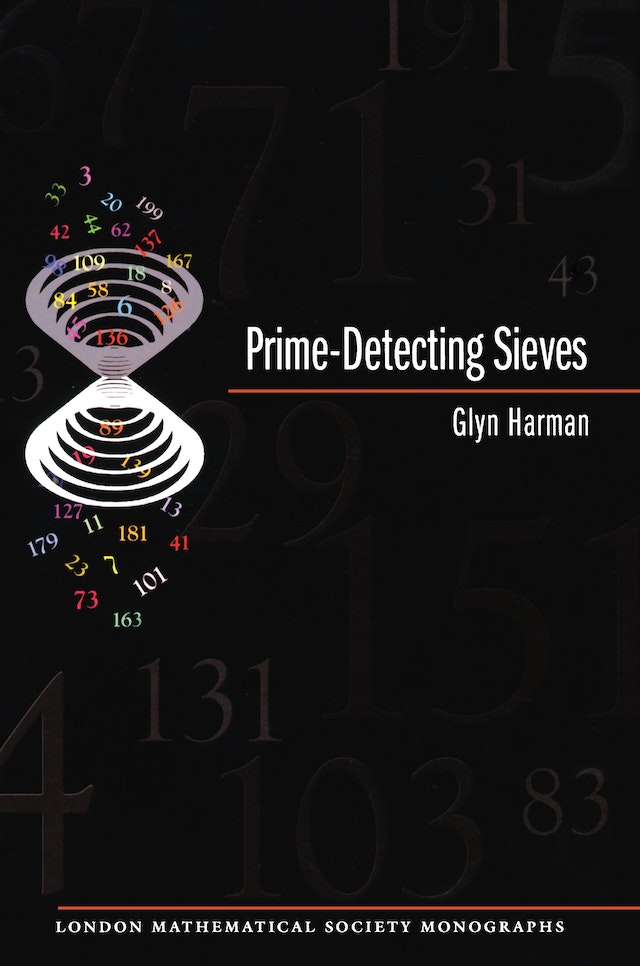 This book seeks to describe the rapid development in recent decades of sieve methods able to detect prime numbers. The subject began with Eratosthenes in antiquity, took on new shape with Legendre’s form of the sieve, was substantially reworked by Ivan M. Vinogradov and Yuri V. Linnik, but came into its own with Robert C. Vaughan and important contributions from others, notably Roger Heath-Brown and Henryk Iwaniec. Prime-Detecting Sieves breaks new ground by bringing together several different types of problems that have been tackled with modern sieve methods and by discussing the ideas common to each, in particular the use of Type I and Type II information.


No other book has undertaken such a systematic treatment of prime-detecting sieves. Among the many topics Glyn Harman covers are primes in short intervals, the greatest prime factor of the sequence of shifted primes, Goldbach numbers in short intervals, the distribution of Gaussian primes, and the recent work of John Friedlander and Iwaniec on primes that are a sum of a square and a fourth power, and Heath-Brown’s work on primes represented as a cube plus twice a cube. This book contains much that is accessible to beginning graduate students, yet also provides insights that will benefit established researchers.

Glyn Harman is professor of pure mathematics at the University of London, Royal Holloway. He is the author of Metric Number Theory, the coeditor of Sieve Methods, Exponential Sums, and their Applications in Number Theory, and the corecipient of the Hardy-Ramanujan award for his work on primes in short intervals.

"This book provides a very nice introduction to a very active and important area of research. Several chapters include discussion of the limitations of the given methods; this is an unusual feature but a very useful one to readers. There is also helpful discussion of historical developments of the given methods. This a valuable book, both for researchers and for advanced graduate students in analytic number theory."—S. W Graham, Mathematical Reviews

"[T]his book contains a valuable compendium of methods and results, and it will be of interest to aficionados of prime number theory."—Harold G. Diamond, SIAM Review

"The book is written in a very accessible style for a wide spectrum of readers. . . . Besides mathematical ideas, the presentation also contains many important historical comments, which make the book useful for a general mathematical audience trying to orient themselves in the evolution of the main techniques applied in sieve methods."—EMS Newsletter