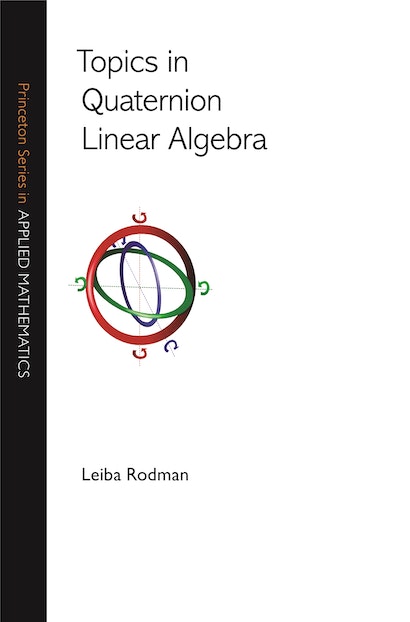 Quaternions are a number system that has become increasingly useful for representing the rotations of objects in three-dimensional space and has important applications in theoretical and applied mathematics, physics, computer science, and engineering. This is the first book to provide a systematic, accessible, and self-contained exposition of quaternion linear algebra. It features previously unpublished research results with complete proofs and many open problems at various levels, as well as more than 200 exercises to facilitate use by students and instructors. Applications presented in the book include numerical ranges, invariant semidefinite subspaces, differential equations with symmetries, and matrix equations.

Designed for researchers and students across a variety of disciplines, the book can be read by anyone with a background in linear algebra, rudimentary complex analysis, and some multivariable calculus. Instructors will find it useful as a complementary text for undergraduate linear algebra courses or as a basis for a graduate course in linear algebra. The open problems can serve as research projects for undergraduates, topics for graduate students, or problems to be tackled by professional research mathematicians. The book is also an invaluable reference tool for researchers in fields where techniques based on quaternion analysis are used.

Leiba Rodman is professor of mathematics at the College of William & Mary. His books include Matrix Polynomials, Algebraic Riccati Equations, and Indefinite Linear Algebra and Applications. 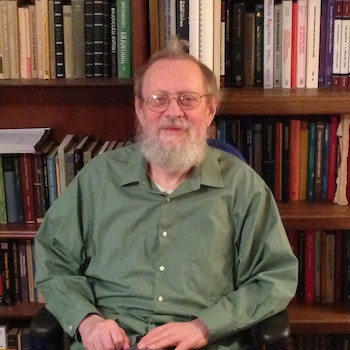 "Rodman fills a void in the monographic literature with this work."—Choice

"The book is self-contained and well organized. . . . Full and detailed proofs are supplied. Another exciting point is the presence of many open problems throughout the book."—Gisele C. Ducati, MatchSciNet

"[This book] will be an important reference for years to come for both researchers in the field of linear algebra and scientists who apply quaternions."—Ch. Baxa, Zentralblatt Math

"This is a very serious treatise by an author who is a powerful researcher and a clear expositor. I know of no other book that treats both the basic theory and advanced material as carefully and as comprehensively as this one. Topics in Quaternion Linear Algebra is a singular contribution of considerable value."—Douglas R. Farenick, author of Algebras of Linear Transformations

"This unique book brings under one cover various recent results obtained by Rodman, several of his collaborators, and other researchers. In addition to general topics in quaternionic linear algebra, it treats extensively the canonical forms of several types of quaternionic matrix pencils and the quaternionic numerical ranges of matrices. "—Dragomir Djokovic, distinguished professor emeritus, University of Waterloo