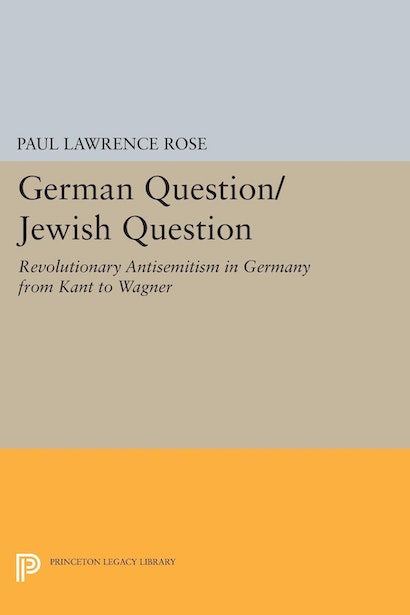 In this compelling narrative of antisemitism in German thought, Paul Rose proposes a fresh view of the topic. Beginning with an examination of the attitudes of Martin Luther, he challenges distinctions between theologically derived (medieval) and secular, “racial” (modern) antisemitism, arguing that there is an unbroken chain of antisemitic feeling between the two periods.

"Rose persuasively demonstrates that for almost all [German revolutionary thinkers of the right and left], the German Question was ensnarled in the Jewish Question, and that a deep kinship between left and right was expressed in the loaded opposition between Deutschtum and Judentum."—Robert Alter, The New Republic

"The suggestion of the title of Paul Rose's imposing book that Kant, the patron saint of liberal humanitarianism, was in fact the initiator of an important, and perhaps the crucial, strand in German antisemitism may come as something of a shock. But for this and for a number of other, more comprehensive, propositions, Paul Lawrence Rose has assembled a powerful, if rather single-minded case."—Anthony Quinton, The New York Review of Books