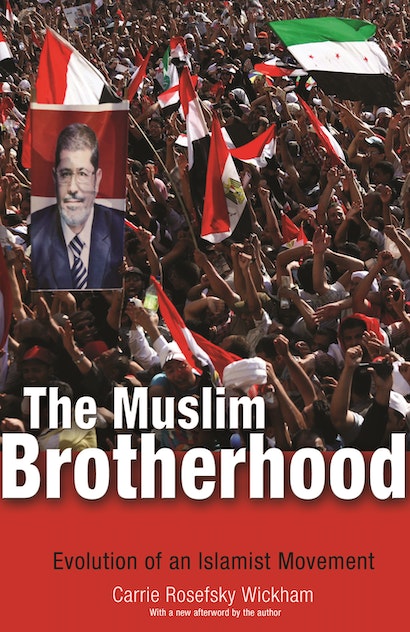 Following the Arab Spring, the Muslim Brotherhood achieved a level of influence previously unimaginable. Yet the implications of the Brotherhood’s rise and dramatic fall for the future of democratic governance, peace, and stability in the region are disputed and remain open to debate. Drawing on more than one hundred in-depth interviews as well as Arabic-language sources never before accessed by Western researchers, Carrie Rosefsky Wickham traces the evolution of the Muslim Brotherhood in Egypt from its founding in 1928 to the fall of Hosni Mubarak and the watershed elections of 2011-2012. Highlighting elements of movement continuity and change, Wickham demonstrates that shifts in Islamist worldviews, goals, and strategies are not the result of a single strand of cause and effect, and provides a systematic, fine-grained account of Islamist group evolution in Egypt and the wider Arab world.

In a new afterword, Wickham discusses what has happened in Egypt since Muhammad Morsi was ousted and the Muslim Brotherhood fell from power.

"Given Egypt's crucial position as the Arab world's most populous nation, it is especially welcome that Emory University's Carrie Rosefsky Wickham, has written The Muslim Brotherhood, an accessible and informative analysis of one of the most important and perhaps most misunderstood political organizations in the Middle East. . . . Wickham's book provides a fascinating historical account of the Muslim Brotherhood and its development over the decades, while also showing how misguided much of the commentary on the Muslim Brotherhood."—Matthew Feeney, American Conservative

"The Muslim Brotherhood by Carrie Wickham is a must-read for anyone researching the organization's ideological development and its relationship to the Egyptian state. . . . Her book gives scholars, students, and policy makers a well-researched and balanced analysis of intraorganizational dynamics, and how those dynamics shaped the organization's fortunes in the context of repression and in the face of political openings. The result is a book that will become core literature for the study of the Brotherhood. It already sits in my bookshelf next to Richard Mitchell's account."—Barbara Zollner, Bustan

"Wickham’s methodology is a breath of fresh air in that it dispels simplistic boxing of the Brotherhood into moderate or radical, and instead offers a rich analysis of the complex factors that shape the group’s ideology, its political decisions and which reflects the diverse composition of the group."—Angela Joya, Global Discourse