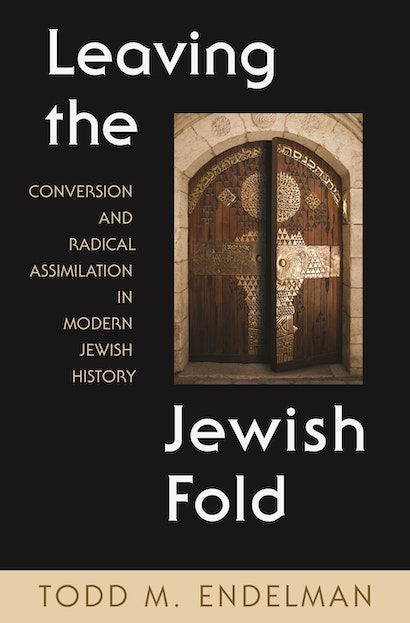 Between the French Revolution and World War II, hundreds of thousands of Jews left the Jewish fold—by becoming Christians or, in liberal states, by intermarrying. Telling the stories of both famous and obscure individuals, Leaving the Jewish Fold explores the nature of this drift and defection from Judaism in Europe and America from the eighteenth century to today. Arguing that religious conviction was rarely a motive for Jews who became Christians, Todd Endelman shows that those who severed their Jewish ties were driven above all by pragmatic concerns—especially the desire to escape the stigma of Jewishness and its social, occupational, and emotional burdens.

Through a detailed and colorful narrative, Endelman considers the social settings, national contexts, and historical circumstances that encouraged Jews to abandon Judaism, and factors that worked to the opposite effect. Demonstrating that anti-Jewish prejudice weighed more heavily on the Jews of Germany and Austria than those living in France and other liberal states as early as the first half of the nineteenth century, he reexamines how Germany’s political and social development deviated from other European states. Endelman also reveals that liberal societies such as Great Britain and the United States, which tolerated Jewish integration, promoted radical assimilation and the dissolution of Jewish ties as often as hostile, illiberal societies such as Germany and Poland.

Bringing together extensive research across several languages, Leaving the Jewish Fold will be the essential work on conversion and assimilation in modern Jewish history for years to come.

Todd M. Endelman is professor emeritus of history and Judaic studies at the University of Michigan. His books include The Jews of Britain and Broadening Jewish History. 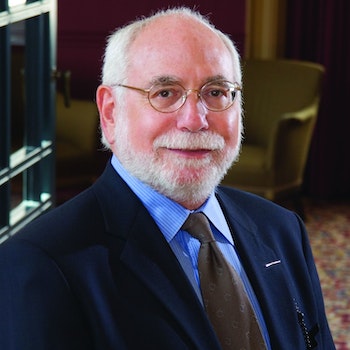 "This is a thoughtful, convincing study of a subject—conversion and radical assimilation in modern times—that receives too little attention from Jewish historians. . . . An important and impressive study."—Choice

"This is an important book that will be of insight to every reader. Those working in Jewish education will find specific interest in the methods that the Christian missionaries used. . . . Anyone looking to understand some of the reasons for conversion and assimilation in modern Jewish history will find Leaving the Jewish Fold a most stimulating narrative."—Ben Rothke, Times of Israel

"Endelman demonstrates yet again why he is one of the leading historians of the contemporary Jewish world."—Geoffrey Alderman, Jewish Chronicle

"A superb work of scholarship."—Sheldon Kirshner, Times of Israel

"Comprehensive and impressive. . . . The book is peppered with insights and expertly contextualized; the practiced eye of a seasoned and astute social historian is evident throughout."—Hillel J. Kieval, Jewish History

"Masterful and comprehensive. . . . Effectively synthesizing historical research by scores of scholars in addition to his own impressive work, Endelman’s global narrative is both detailed and panoramic, portraying Jews who chose conversion or radical assimilation, or both, from the Middle Ages to the present day."—Sylvia Barack Fishman, Studies in Judaism, Humanities, and the Social Sciences

"Through his broad-ranging exploration of radical assimilation and conversion away from Judaism in the modern Occident over the past three centuries, Endelman examines a topic that other Jewish historians have ignored. In so doing, Endelman provides a complete portrait of how Jews responded to the challenges first brought on by Emancipation and Enlightenment in the eighteenth century. His magisterial work will richly reward students of Jewish history and multiculturalism, as well as students of modern culture."—David Ellenson, chancellor, Hebrew Union College-Jewish Institute of Religion

"An astonishingly comprehensive, lucid, and beautifully crafted work. With sure command of the full range of early modern and modern Jewish history, Endelman casts his net wide in a study that explores every significant manifestation of radical assimilation in Jewish life over the last several centuries. His superb book is a reminder of the great clarity a first-rate historian can bring to opening up the past as well as present."—Steven J. Zipperstein, Stanford University

"Covering all of Europe and the United States, and drawing on a massive body of sources, Leaving the Jewish Fold is a pioneering work on a topic of great significance—Jews who converted or radically assimilated away from Judaism. It will be the definitive book on the subject and essential reading for scholars and advanced students of modern Jewish history."—Derek J. Penslar, University of Toronto and University of Oxford

"This original and important book is the first to broadly investigate conversion and radical assimilation in modern Jewish history. Delving into Jewish history and historiography from the eighteenth century to the near present, and the history of Jews in the United States and Europe, this is an impressive work. It will be widely read."—David Feldman, Birkbeck, University of London