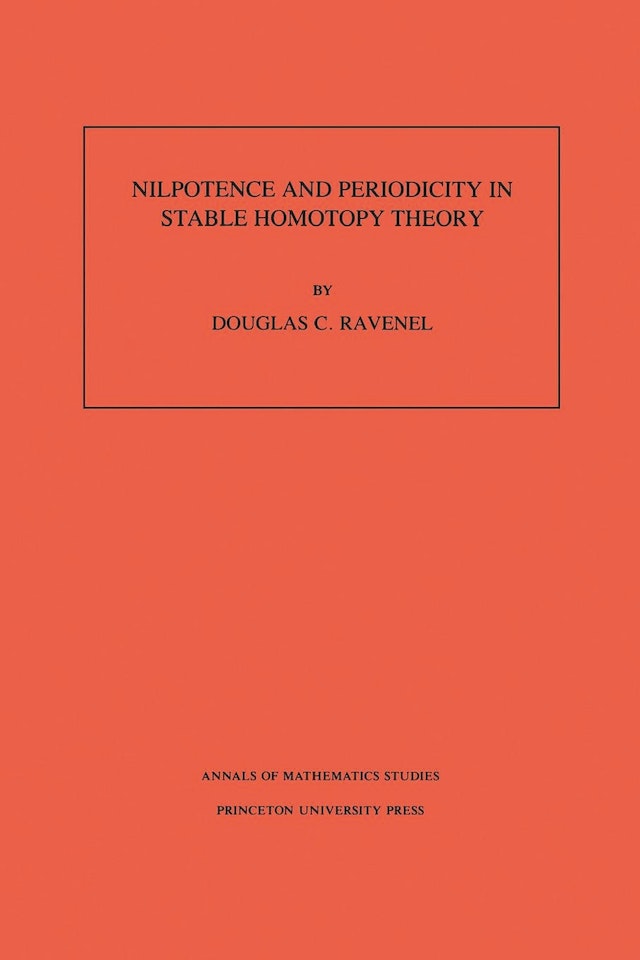 Nilpotence and Periodicity in Stable Homotopy Theory describes some major advances made in algebraic topology in recent years, centering on the nilpotence and periodicity theorems, which were conjectured by the author in 1977 and proved by Devinatz, Hopkins, and Smith in 1985. During the last ten years a number of significant advances have been made in homotopy theory, and this book fills a real need for an up-to-date text on that topic.


Ravenel’s first few chapters are written with a general mathematical audience in mind. They survey both the ideas that lead up to the theorems and their applications to homotopy theory. The book begins with some elementary concepts of homotopy theory that are needed to state the problem. This includes such notions as homotopy, homotopy equivalence, CW-complex, and suspension. Next the machinery of complex cobordism, Morava K-theory, and formal group laws in characteristic p are introduced. The latter portion of the book provides specialists with a coherent and rigorous account of the proofs. It includes hitherto unpublished material on the smash product and chromatic convergence theorems and on modular representations of the symmetric group.

Douglas C. Ravenel is Professor of Mathematics at the University of Rochester.

"Familiarity with the material of this book is essential for any a serious homotopy theorist.... [The author's] important role in the developments will ensure that [this book] will remain an important source for some time."—Bulletin of the London Mathematical Society