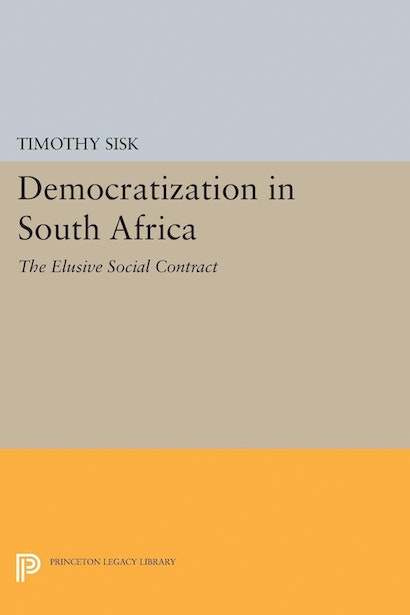 Timothy Sisk presents a new way of conceiving the transition to democracy in South Africa. Unlike authors such as Horowitz and Lijphart, who have sought to prescribe an ideal set of post-apartheid political institutions, Sisk asks what kinds of institutions show signs of actually emerging, given recent history and present realities. He treats the problem of constructing a democratic post-apartheid society in South Africa as part of a larger condition common to societies deeply divided by ethnic, religious, racial, or national discord. Though its profound cleavages of race and class make it a “least likely” candidate for conflict resolution through democratization, Sisk argues that the centripetal pull on moderate politicians of all parties was greater than the seemingly natural polarizing trend in a divided society. This centripetal pull led to the adoption of an interim constitution in 1993 after protracted negotiations. An American Fulbright scholar sent to South Africa after the end of the 21-year rupture of official scholarly exchanges between the two countries, Sisk analyzes the changes in the strategic calculations of the white minority government, the black liberation movement, and other parties over the course of negotiations since 1990. He concludes that intermittent upsurges of violence often reinforced, rather than reduced, the incentives of leaders on both sides to negotiate a settlement that would avoid mutually damaging outcomes. Drawing on extensive interviews with political figures, as well as other primary and secondary sources, Sisk finds reason for hope that a democratic social contract can evolve, balancing majority rule with minority representation and guaranteeing equal economic opportunity and social justice.

"A timely and significant contribution to the study of ethnic and racial relations in general and South African politics in general. .. . Must reading for anyone with constitutional engineering or interracial and interethnic relations."—Donald Rothchild, University of California, Davis