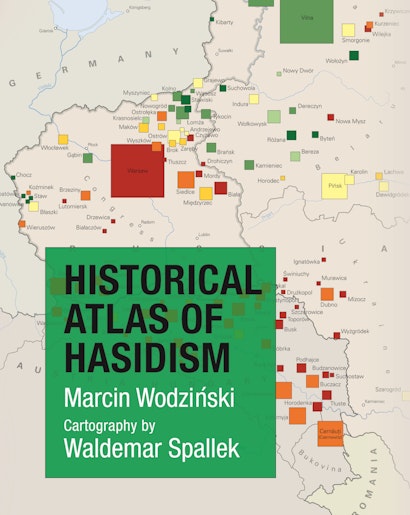 Historical Atlas of Hasidism is the very first cartographic reference book on one of the modern era’s most vibrant and important mystical movements. Featuring sixty-one large-format maps and a wealth of illustrations, charts, and tables, this one-of-a-kind atlas charts Hasidism’s emergence and expansion; its dynasties, courts, and prayer houses; its spread to the New World; the crisis of the two world wars and the Holocaust; and Hasidism’s remarkable postwar rebirth.

Historical Atlas of Hasidism demonstrates how geography has influenced not only the social organization of Hasidism but also its spiritual life, types of religious leadership, and cultural articulation. It focuses not only on Hasidic leaders but also on their thousands of followers living far from Hasidic centers. It examines Hasidism in its historical entirety, from its beginnings in the eighteenth century until today, and draws on extensive GIS-processed databases of historical and contemporary records to present the most complete picture yet of this thriving and diverse religious movement.

Historical Atlas of Hasidism is visually stunning and easy to use, a magnificent resource for anyone seeking to understand Hasidism’s spatial and spiritual dimensions, or indeed anybody interested in geographies of religious movements past and present. 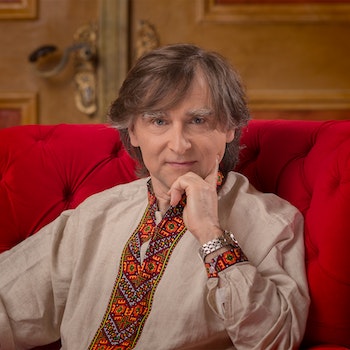 "We are accustomed to history being related verbally. But the pioneering Historical Atlas of Hasidism (Princeton) tells it spatially, through almost 100 illustrations and 74 large-format maps. Marcin Wodzinski presents the history of the emergence, rise and geographical spread of Hasidism, as well as the history of its destruction and revival in the New World. What’s revolutionary about this book is that by giving us a new, spatial perspective, it gets our minds to work in a different way from when we are simply reading. Studying the maps, we see history as a network of connections and mutual dependencies. It’s easy to spend hours exploring this fascinating book — and it’s impossible not to agree with the reviews that said a picture is worth a thousand words, while a map is worth a million."—Olga Tokarczuk, Financial Times

"[A] valuable new resource that offers fresh insights into the history of this movement."—Barbara M. Bibel, ARBA Reviews

"[A] seminal work no library or university can be without if serious about Jewish studies, geography, demography, and political science. . . . Historical Atlas is the quintessential book on the entirety of Hasidism and its adherents."—Dr. Harold Goldmeier, Life in Israel

"Wodziński’s book demonstrates that a photo is worth a thousand words and a map millions. This is the richest and most updated illustrated history of the entire process of emergence, growth, suffering, decimation in the Holocaust, and then the surprising renewal of Hasidism in modern times. A must for understanding this most vital aspect of Judaism."—Moshe Idel, author of Hasidism: Between Ecstasy and Magic

"Marcin Wodziński’s Historical Atlas of Hasidism is an exceptional book. Impeccably researched, clearly written, and richly illustrated, it is essential reading for historians, religious studies scholars, and anyone interested in the Hasidic world. Unique in its genre, soon to be a classic."—Geneviève Zubrzycki, author of The Crosses of Auschwitz: Nationalism and Religion in Post-Communist Poland

"A pioneering, exciting, and tantalizing work. Historical Atlas of Hasidism is a major contribution to our knowledge and understanding of a highly significant religious movement."—Zvi Gitelman, author of Jewish Identities in Postcommunist Russia and Ukraine

"An unparalleled achievement. This original and innovative book blazes a trail through the history of Hasidism."—Adam Teller, author of Money, Power, and Influence in Eighteenth-Century Lithuania: The Jews on the Radziwiłł Estates