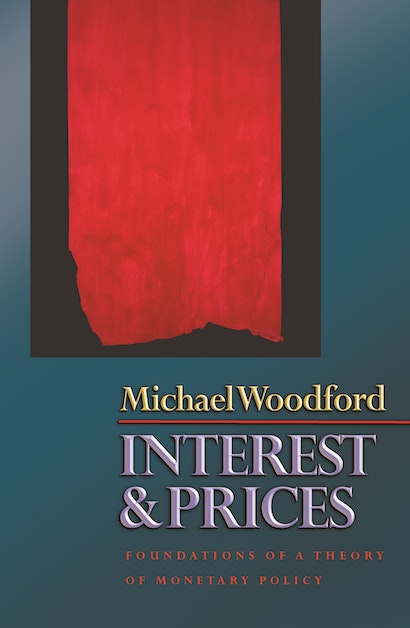 With the collapse of the Bretton Woods system, any pretense of a connection of the world’s currencies to any real commodity has been abandoned. Yet since the 1980s, most central banks have abandoned money-growth targets as practical guidelines for monetary policy as well. How then can pure “fiat” currencies be managed so as to create confidence in the stability of national units of account?

Interest and Prices seeks to provide theoretical foundations for a rule-based approach to monetary policy suitable for a world of instant communications and ever more efficient financial markets. In such a world, effective monetary policy requires that central banks construct a conscious and articulate account of what they are doing. Michael Woodford reexamines the foundations of monetary economics, and shows how interest-rate policy can be used to achieve an inflation target in the absence of either commodity backing or control of a monetary aggregate.


The book further shows how the tools of modern macroeconomic theory can be used to design an optimal inflation-targeting regime — one that balances stabilization goals with the pursuit of price stability in a way that is grounded in an explicit welfare analysis, and that takes account of the “New Classical” critique of traditional policy evaluation exercises. It thus argues that rule-based policymaking need not mean adherence to a rigid framework unrelated to stabilization objectives for the sake of credibility, while at the same time showing the advantages of rule-based over purely discretionary policymaking.

Michael Woodford is the Harold H. Helm '20 Professor of Economics and Banking at Princeton University. He is the coeditor, with John B. Taylor, of The Handbook of Macroeconomics. 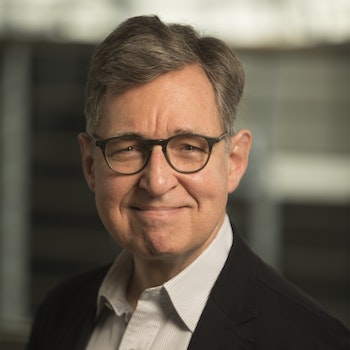 "This long-awaited book by master macroeconomist Michael Woodford belongs on the bookshelf of every economist. Woodford is well-known as one of the world's current most original thinkers in economics. In this book you will find not only a unified treatment of the theoretical foundations of monetary policy, optimal policy inertia, indicator variables for optimal policy, monetary policy in a world without money, fiscal requirements for price stability, optimal rules for setting interest rates, and much more, but also practical details of implementation such as methods used by various central banks for controlling interest rates."—William A. Brock, University of Wisconsin, Madison

"Michael Woodford's Interest and Prices is a major contribution to economics. The book it most resembles is Patinkin's classic Money, Interest, and Prices now nearly 40 years old—and it may well have the same impact. Woodford's book illustrates the immense progress that macroeconomics has made in the past generation, from its careful treatment of dynamics and of optimizing behavior, to its discussion of optimal monetary policy. It is an impressive intellectual achievement, all the way from abstract theory to Taylor rules for central banks. I have gone to it, pen and paper in hand, many times over the past few years when it was still a manuscript. Each time, I found it illuminating. This book is a classic."—Olivier Blanchard, Massachusetts Institute of Technology

"The ideas contained in Michael Woodford's book Interest and Prices have influenced the way central bank economists-to say nothing of academic economists-in every corner of the world think about the conduct of monetary policy. These ideas form the most significant original book-length contribution to monetary economics since Don Patinkin's Money, Interest, and Prices. Woodford's insights into a cashless world will prove enduring."—Fumio Hayashi, University of Tokyo, author of Econometrics

"This is the most important book in monetary theory in at least two decades, illustrating all the major conceptual ideas in modern monetary economics, and then some. Woodford's book is especially commendable for its forward-looking elements, such as how to conduct monetary policy in a near cashless society, and how international currencies may coexist when global financial markets become truly integrated. Some of the individual chapters are already firmly established as standard technical references for modern methods in monetary policy economics. By showing how to stretch the limits of purely analytical methods, the book also builds a bridge from classical monetary theory to modern computational macroeconomics, possibly pointing the way to a new generation of medium-scale macroeconomic models."—Kenneth Rogoff, Economic Counselor and Director of Research, International Monetary Fund

"This book is a masterpiece. Michael Woodford provides a lucid dynamic synthesis of two schools of thought—Monetarism versus New Keynesianism—that have recently been the subject of a remarkable convergence of thinking among macroeconomists."—Assaf Razin, Tel Aviv University, author of Fiscal Policies and Growth in the World Economy

"This is a landmark work that reevaluates monetary theory and policy in an intertemporal optimization framework with sticky prices. Well written, it systematically revisits classic issues in monetary theory and allows rigorous welfare analyses."—Maurice Obstfeld, University of California, Berkeley, coauthor of Foundations of International Macroeconomics

"A new landmark treatise on monetary theory. A must read for econo-nerds."—N. Gregory Mankiw, Chairman of the Council of Economic Advisors, citing his "favorite purchase of 2003" in The New York Times