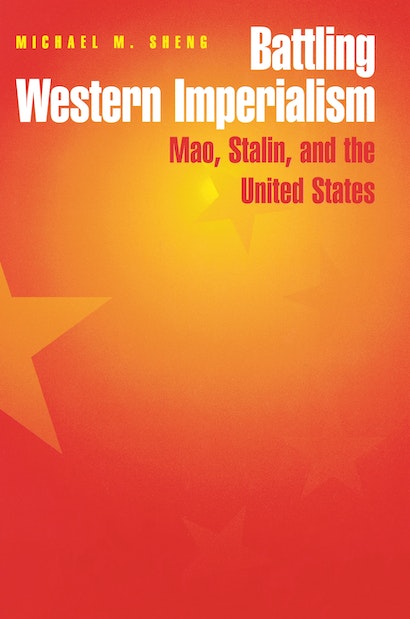 One of the central issues in the study of the Chinese Communist Party and its foreign policy is its relations with Moscow. Was the CCP a Chinese nationalist party antagonistic to an intrusive Soviet Union or was it rather an internationalist party with ideological-political and strategic-military ties to Moscow, faithfully adhering to Marxist-Leninist principles as well as to Stalin’s policy advice? For the past two decades a number of historians have argued that the CCP was a nationalist movement and that the United States missed its opportunity to establish friendly relations because U.S. leaders were blinded by fears of an international Communist threat. In his provocative book, Michael Sheng strongly challenges this position.


On the basis of extensive new information obtained from recently available Chinese sources, Sheng demonstrates that the foreign policy of the CCP under Mao Zedong did, in fact, follow the directions recommended by Joseph Stalin. Sheng reveals that Mao and Stalin were in frequent and direct contact by radio and by correspondence, beginning in 1936, and that Mao consistently acted on Stalin’s advice. Battling Western Imperialism analyzes the CCP’s relations with both the Soviet Union and the United States and provides conclusive evidence that there was no “lost opportunity” for the U.S. in China. He shows that the CCP viewed the United States as a hostile capitalist power that opposed its revolutionary aims. The author has drawn on an unprecedented collection of Chinese-language materials to make a powerful new argument.