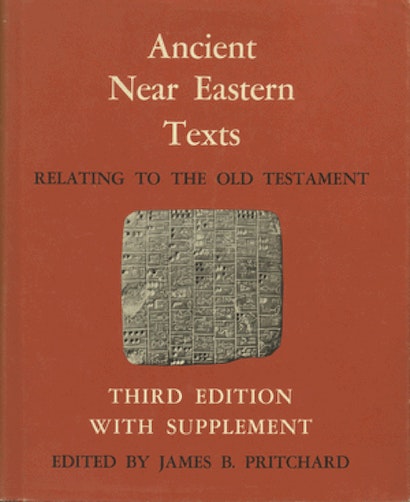 This anthology brought together the most important historical, legal, mythological, liturgical, and secular texts of the ancient Near East, with the purpose of providing a rich contextual base for understanding the people, cultures, and literature of the Old Testament. A scholar of religious thought and biblical archaeology, James Pritchard recruited the foremost linguists, historians, and archaeologists to select and translate the texts. The goal, in his words, was “a better understanding of the likenesses and differences which existed between Israel and the surrounding cultures.” Before the publication of these volumes, students of the Old Testament found themselves having to search out scattered books and journals in various languages. This anthology brought these invaluable documents together, in one place and in one language, thereby expanding the meaning and significance of the Bible for generations of students and readers. As one reviewer put it, “This great volume is one of the most notable to have appeared in the field of Old Testament scholarship this century.”


Princeton published a follow-up companion volume, The Ancient Near East in Pictures Relating to the Old Testament (1954), and later a one-volume abridgment of the two, The Ancient Near East: An Anthology of Texts and Pictures (1958). The continued popularity of this work in its various forms demonstrates that anthologies have a very important role to play in education — and in the mission of a university press.

"[A] very useful book, soundly conceived, competently edited, and beautifully printed. It offers in translation texts of the most important documents which throw light on the Near East background of the Old Testament. As a source book it will be welcomed not merely by Biblical students, but by all ancient historians who concern themselves with the cultures anterior to those of Greece and Rome."—Archaeology