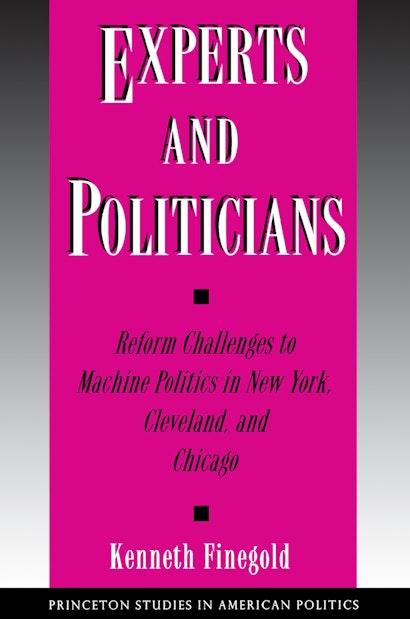 During the Progressive Era, reform candidates in New York, Cleveland, and Chicago challenged the status quo — with strikingly different results: brief triumph in New York, sustained success in Cleveland, and utter failure in Chicago. Kenneth Finegold seeks to explain this phenomenon by analyzing the support for reform in these cities, especially the role of an emerging class of urban policy professionals in each campaign. His work offers a new way of looking at urban reform opposition to machine politics.


Drawing on original research and quantitative analysis of electoral data, Finegold identifies three distinct patterns of support for reform candidates: traditional reformers drew support from native-stock elites; municipal populists found support among stock immigrant groups and segments of the working class; and progressive candidates won the backing of coalitions made up of traditional reform and municipal populist voters. The success of these reform efforts, Finegold shows, depended on the different ways in which experts were incorporated into city politics. This book demonstrates the significance of expertise as a potential source of change in American politics and policy, and of each city’s electoral and administrative organizations as mediating institutions within a national system of urban political economies.

"For those who believe that we can only understand urban politics today by knowing yesterday's outcomes, Finegold's careful blend of historical understanding and empirical analysis is an important contribution to the literature."—Journal of Politics

"A provocative, well-researched, and well-written book on a topic of enduring interest."—Choice

"Fingold's bold and provocative book is an important contribution to our understanding of Progressive reform . . . . A new and useful synthesis that helps make sense of a remarkably wide range of historical outcomes."—Stephen Skowronek, Yale University