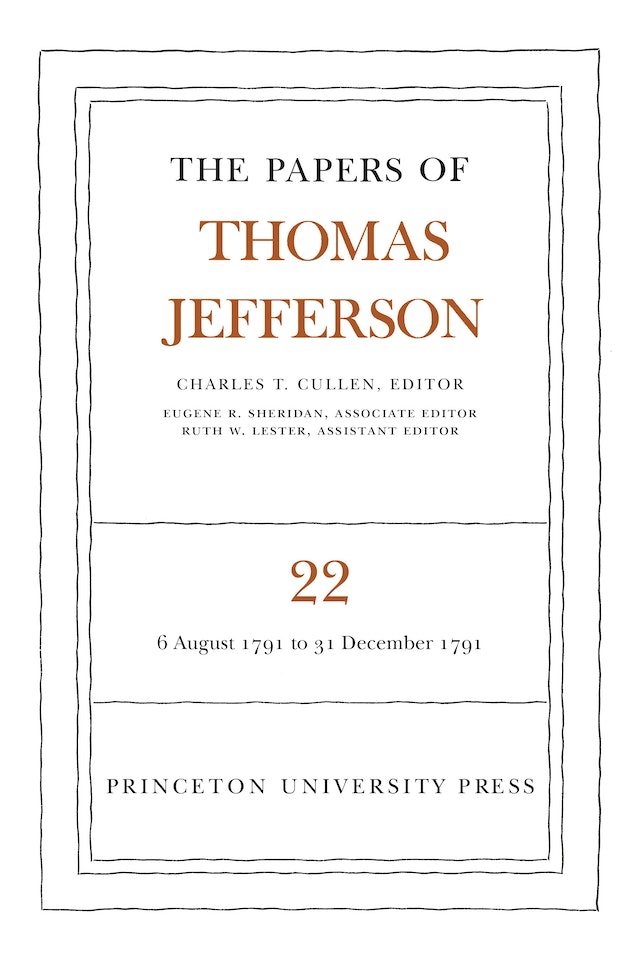 The months covered by this volume illustrate the variety of topics characteristic of the Jefferson Papers. Subjects range from Jefferson’s continued overseeing of the planning of the Federal District that became Washington, D.C., to his worries over his debts and his exchange of correspondence with the free black Benjamin Banneker. This period, an unusually significant time for Jefferson as Secretary of State, saw the opening of a new phase of diplomacy. When Jefferson returned to the capital after a stay at Monticello in the fall, the first British minister to the United States had arrived, and the new representative from France had been in the city since August.

During this time Jefferson began keeping private notes on important political conversations, notes that he later collected and bound. These notes were published after his death as Jefferson’s Anas, a work never closely examined until now and often extended beyond Jefferson’s evident intention. Ascertaining that Jefferson collected and intended only those documents from his tenure as Secretary of State to be used to challenge the Federalist interpretation of Washington’s administration, the present editors publish the Anas notes not as compiled late in Jefferson’s life or as amplified by others, but in chronological order, in the context in which they were written. Also discovered during the preparation of this volume was a new, later date or that portion of Jefferson’s famous Espistolary Record written in his own hand.