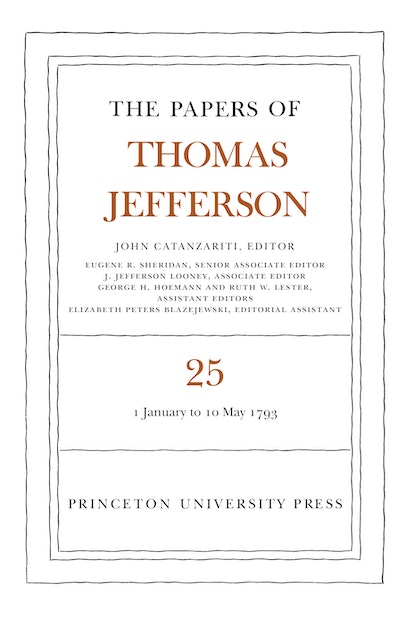 The dramatic escalation in the conflict between Thomas Jefferson and Alexander Hamilton to determine the future course of the new American nation is the main theme of this volume. Under pressure from other Republicans, Jefferson decides to continue as Secretary of State instead of retiring to Monticello at the end of President Washington’s first term. At the same time he begins to play a more active role as a Republican party leader, involving himself secretly in a major effort by House Republicans to have Hamilton dismissed from office by censuring his management of public finances. France’s declaration of war on Great Britain and the Netherlands leads Jefferson into a serious conflict with Hamilton over how to protect American neutrality in the face of the widening European war. After persuading Washington to preserve the treaties of alliance and commerce with France, Jefferson must then confront the first in a series of French violations of American neutrality that will sorely test the relationship between the two republics. Testifying to the catholicity of Jefferson’s interests, this volume also deals with his efforts to promote a voyage of western exploration by the noted French botanist Andr Michaux, his observation of the first manned balloon flight in America by the celebrated French aeronaut Jean Pierre Blanchard, and his concern for expediting work on the new national capital.