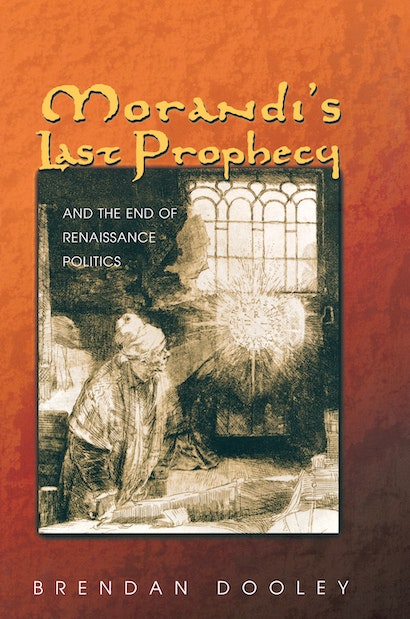 One year before Galileo’s, another trial was the talk of Rome. The city’s most notorious astrologer — Orazio Morandi, abbot of the monastery of Santa Prassede — was brought before the governor’s court on charges of possessing prohibited books, fortune telling, and political chicanery. His most serious crime was to have predicted the death of Pope Urban VIII and allowed news of this to spread as far as Spain, where cardinals quickly embarked for Italy to attend a conclave that would not occur for fourteen years. The pope, furious at such astrological and political effrontery, personally ordered the criminal inquiry that led to Morandi’s arrest, trial, and death in prison, probably by assassination.


Based on new evidence, this book chronicles Morandi’s fabulous rise and fall against the backdrop of enormous political and cultural turmoil that characterized Italy in the early seventeenth century. It documents a world in which occult knowledge commanded power, reveals widespread libertinism behind monastery walls, and illuminates the arduous metamorphosis of intellectual culture already underway. It also sets the stage for, and lends new understanding to, the trial of Galileo that would follow shortly.


The mystery of Morandi concerns the basic compulsion to advance in a status-drenched society and the very nature of knowledge at the birth of science. Told here in colorful detail, Morandi’s story is fascinating in its own right. Beyond that, it allows us to glimpse the underside of early modern high society as never before.

Brendan Dooley taught history at Harvard University for many years. He is now Chief of Research at the Medici Archive Project. His books include Italy in the Baroque, The Social History of Skepticism, and Science and the Marketplace in Early Modern Italy.

"An extremely engaging book, one that will reveal to the general public hitherto unknown and perhaps unsuspected aspects of Baroque Rome and the Baroque papacy."—Franco Mormando, America

"Dooley brings to the task of recreating the Roman context of Morandi's readers a remarkable command of the sources and the intellectual currents of the period."—John M. Headley, American Historical Review

"[A] well-researched tour de force. . . . [A] fascinating excursion that invites the reader to enter the cultural, political, social, and religious world of early seventeenth-century Italy, and particularly of Rome in the 1620s."—Richard J. Blackwell, Isis

"Brendan Dooley has an eye for a good story. He also knows how to tell one, a skill evident in his latest book, which has all the elements of a modern-day thriller . . . engaging and fascinating, [a book] sure to delight scholars and students alike."—Laura Smoller, Renaissance Quarterly

"This is a lovely book Sweeping through the world of learning of the early seventeenth century, it makes vivid what could have become a dry-as-dust recounting of late Renaissance thought. A rare achievement that will be essential reading for students of early modern intellectual and cultural history for many years to come."—Theodore K. Rabb, author of Renaissance Lives