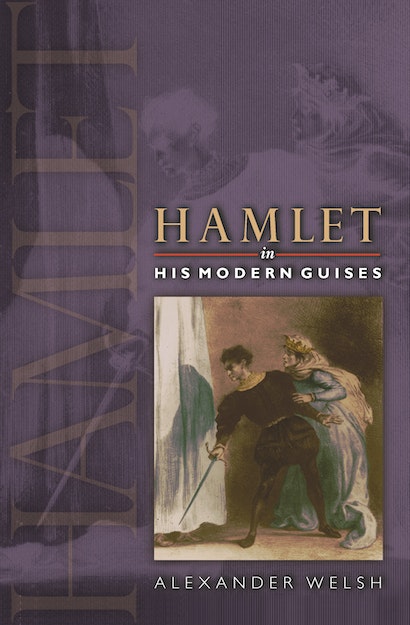 Focusing on Shakespeare’s Hamlet as foremost a study of grief, Alexander Welsh offers a powerful analysis of its protagonist as the archetype of the modern hero. For over two centuries writers and critics have viewed Hamlet’s persona as a fascinating blend of self-consciousness, guilt, and wit. Yet in order to understand more deeply the modernity of this Shakespearean hero, Welsh first situates Hamlet within the context of family and mourning as it was presented in other revenge tragedies of Shakespeare’s time. Revenge, he maintains, appears as a function of mourning rather than an end in itself. Welsh also reminds us that the mourning of a son for his father may not always be sincere. This book relates the problem of dubious mourning to Hamlet’s ascendancy as an icon of Western culture, which began late in the eighteenth century, a time when the thinking of past generations — or fathers — represented to many an obstacle to human progress.


Welsh reveals how Hamlet inspired some of the greatest practitioners of modernity’s quintessential literary form, the novel. Goethe’s Wilhelm Meister’s Apprenticeship, Scott’s Redgauntlet, Dickens’s Great Expectations, Melville’s Pierre, and Joyce’s Ulysses all enhance our understanding of the play while illustrating a trend in which Hamlet ultimately becomes a model of intense consciousness. Arguing that modern consciousness mourns for the past, even as it pretends to be free of it, Welsh offers a compelling explanation of why Hamlet remains marvelously attractive to this day.

Alexander Welsh is the Emily Sanford Professor of English at Yale University. He is the author of Freud's Wishful Dream Book, The Hero of the Waverley Novels: With New Essays on Scott, and Reflections on the Hero as Quixote (all Princeton), as well as books on Dickens and George Eliot.

"Alexander Welsh brings such depth and focus to his investigation of Hamlet, particularly to his analyses of the hero's influence on some major novels, that this book is well worth reading. Like all Welsh's works, this one is written with acumen and style."—Jonathan Bate, University of Liverpool