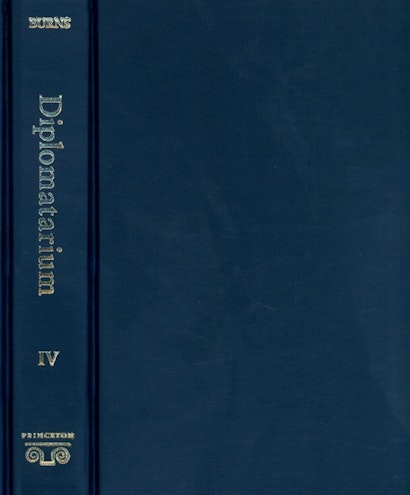 This fourth volume in Robert Burns’s celebrated series on the warrior King Jaume the Conqueror’s Kingdom of Valencia describes the crucial years of 1270 to 1273, a period during which Jaume continued his consolidation of political power for future territorial expansion. Here in the colonial kingdom that he carved out from the Islamic Mediterranean regions of coastal Spain, Jaume presided over a society more complex than any in Christendom. This lively frontier was home to semiautonomous communities of Muslims, Jews, and Christian settlers. Jaume’s pioneering exploitation of Valencia’s Islamic paper mills left behind thousands of charters — records in the king’s registers — that provide a wealth of detailed information about every aspect of these parallel cultures.


Burns’s Diplomatarium volumes represent the first systematic exploration of this massive deployment of paper in the West. They open up to readers the rich humanistic panorama of medieval life as seen from the traveling court of a conqueror king. The 500 charters collected in this book cover a kaleidoscope of topics, including public baths, castles, the renaissance of law, irrigation, mosques and monasteries, hospitals and banks, even exotic women. There are records on crossbow manufacture, riot and fire control, ship launchers, dogs of war, crime, slavery, prisons, and pardons.


This critical edition includes reconstructions of each charter in its original Latin or Romance language with a corresponding translation in English, making it invaluable for students and scholars alike.

Robert I. Burns, S. J. is Professor of History at the University of California, Los Angeles. His many books include Negotiating Cultures and Jews in the Notarial Culture.