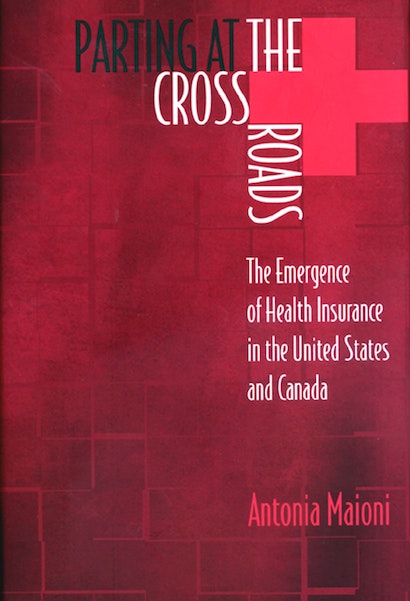 As almost all newspaper or magazine readers know, Canada figured prominently in the turbulent U.S. debates over health care reform in the early Clinton presidency. Furthermore, future news analysts and policymakers will undoubtedly again use Canada to cite the “good” and the “bad” aspects of single-payer national health insurance. Beyond the debate about the desirability of Canadian-style health care reforms, Antonia Maioni sees another question: Why did the United States and Canada, alike in so many ways, part “at the crossroads” to produce such different systems of health insurance? She answers this previously neglected query so interestingly that her book will hold the attention of anyone concerned with health care in either country or both.


The author explores the development of health insurance in the United States and Canada, from the emergence of health care as a political issue in the 1930s to the passage of federal health insurance legislation in the 1960s. Focusing on how political institutions influence policy development, she shows that Canada’s federal structure and its parliamentary institutions encouraged a social-democratic third party that became pivotal in demonstrating the feasibility of universal, public health insurance. Meanwhile, the constraints of the U.S. political system forced health care reformers to temper their own ideas to appeal to a wide coalition within the Democratic party. Even readers previously unfamiliar with Canadian politics will find in this book important clues about the “realm of the possible” in the uncertain future of U.S. health care.