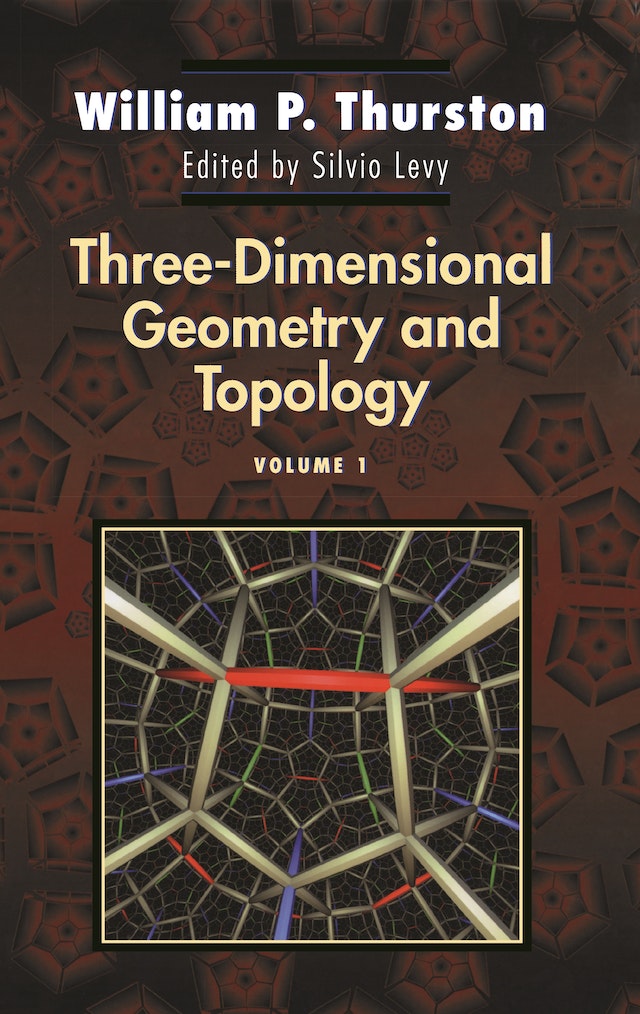 This book develops some of the extraordinary richness, beauty, and power of geometry in two and three dimensions, and the strong connection of geometry with topology. Hyperbolic geometry is the star. A strong effort has been made to convey not just denatured formal reasoning (definitions, theorems, and proofs), but a living feeling for the subject. There are many figures, examples, and exercises of varying difficulty.


This book was the origin of a grand scheme developed by Thurston that is now coming to fruition. In the 1920s and 1930s the mathematics of two-dimensional spaces was formalized. It was Thurston’s goal to do the same for three-dimensional spaces. To do this, he had to establish the strong connection of geometry to topology — the study of qualitative questions about geometrical structures. The author created a new set of concepts, and the expression “Thurston-type geometry” has become a commonplace.

Three-Dimensional Geometry and Topology had its origins in the form of notes for a graduate course the author taught at Princeton University between 1978 and 1980. Thurston shared his notes, duplicating and sending them to whoever requested them. Eventually, the mailing list grew to more than one thousand names. The book is the culmination of two decades of research and has become the most important and influential text in the field. Its content also provided the methods needed to solve one of mathematics’ oldest unsolved problems — the Poincaré Conjecture.


In 2005 Thurston won the first AMS Book Prize, for Three-dimensional Geometry and Topology. The prize recognizes an outstanding research book that makes a seminal contribution to the research literature. Thurston received the Fields Medal, the mathematical equivalent of the Nobel Prize, in 1982 for the depth and originality of his contributions to mathematics. In 1979 he was awarded the Alan T. Waterman Award, which recognizes an outstanding young researcher in any field of science or engineering supported by the National Science Foundation.

William P. Thurston is the Director of the Mathematical Sciences Research Institute in Berkeley, and Professor of Mathematics at the University of California at Davis. He received the Fields Medal in 1982 for his work on hyperbolic structures on 3-manifolds and foliations. Silvio Levy is editor of Experimental Mathematics and of the MSRI book series.