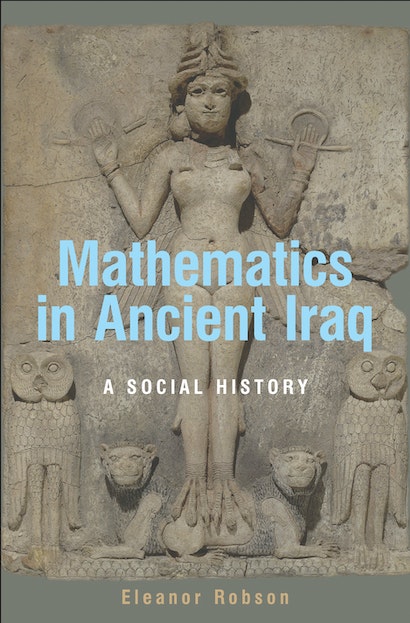 This monumental book traces the origins and development of mathematics in the ancient Middle East, from its earliest beginnings in the fourth millennium BCE to the end of indigenous intellectual culture in the second century BCE when cuneiform writing was gradually abandoned. Eleanor Robson offers a history like no other, examining ancient mathematics within its broader social, political, economic, and religious contexts, and showing that mathematics was not just an abstract discipline for elites but a key component in ordering society and understanding the world.


The region of modern-day Iraq is uniquely rich in evidence for ancient mathematics because its prehistoric inhabitants wrote on clay tablets, many hundreds of thousands of which have been archaeologically excavated, deciphered, and translated. Drawing from these and a wealth of other textual and archaeological evidence, Robson gives an extraordinarily detailed picture of how mathematical ideas and practices were conceived, used, and taught during this period. She challenges the prevailing view that they were merely the simplistic precursors of classical Greek mathematics, and explains how the prevailing view came to be. Robson reveals the true sophistication and beauty of ancient Middle Eastern mathematics as it evolved over three thousand years, from the earliest beginnings of recorded accounting to complex mathematical astronomy. Every chapter provides detailed information on sources, and the book includes an appendix on all mathematical cuneiform tablets published before 2007.

Eleanor Robsonis reader in ancient Middle Eastern science at the University of Cambridge and a fellow of Darwin College, Cambridge. Her books include Mesopotamian Mathematics, 2100-1600 BC and, edited with Jacqueline Stedall, The Oxford Handbook of the History of Mathematics. 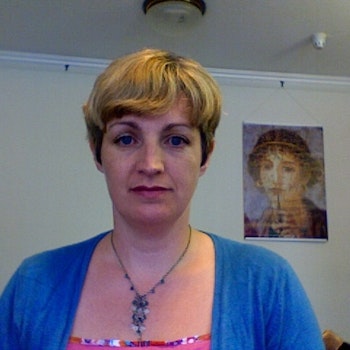 "Robson brings both a profound erudition in cuneiform and a nondogmatic constructionist view of mathematics to tell the history of Mesopotamian mathematics over the three millennia before the Common Era, connecting as she does the mathematical accomplishments to the cultural and societal norms of the day. . . . A magisterial work, lucidly written, certain to endure."—M. Schiff, Choice

"Author Robson deals admirably with an enormous scope (more than 3,000 years, with roughly equal space devoted to each 500-year epoch); numerous sources (950 published clay tablets, all of which are available at a simple Website); and the cultural context (social history, an ethnomathematical approach)."—Mathematics Magazine

"Robson's book is a wonderful summary of what we know so far, and will be the standard for this generation, but the potential is there for far more research to teach us even more about mathematics in ancient Iraq."—Victor J. Katz, Mathematical Reviews

"For archaeologists and archaeologically-minded historians . . . Robson provide[s] significant new insights into the mathematics of ancient civilisations, while challenging us to consider how language, material culture, and socio-technical practices are integrated, not only in mathematics, but in many domains."—Stephen Chrisomalis, Antiquity

"The wealth of detail and breadth of scope make this an excellent resource for a wide variety of readership. It can be read as one great narrative sweep, or one can bear down on a particular facet. The work is a huge advance in the presentation of modern scholarship on ancient mathematics to interested readers, specialist and non-specialist alike."—Duncan J. Melville, Historia Mathematica

"Nothing comparable has been done before, and it has been a great pleasure to read the book, from which I have learned much."—Jens Høyrup, Mathematical Intelligencer

"Eleanor Robson's book Mathematics in Ancient Iraq is presently unique and will surely become a classic in the history of early mathematics. Despite the meticulous and detailed presentation of a representative selection of available sources, the book is very readable and captures the attention of the interested reader from the first to the last page. I recommend it to anyone who would like to learn something about the fascinating story of the development of mathematical activities in Mesopotamia."—Peter Damerow, Notices of the AMS

"[Mathematics in Ancient Iraq] is argued passionately, persuasively and, I am pleased to add, enjoyably."—Bob Berghout, Australian Mathematical Society Gazette

"Mathematics in Ancient Iraq fills a gap that has existed for a very long time."—Annette Imhausen, British Society for the History of Maths

"Robson displays a confidence, familiarity, and breadth of scholarship that is impressive and inspiring. She epitomizes a new wave of research in the history of mathematics. She provides context, setting, and interpretative themes for generations of scholars to come, whether they will embrace them or resist them. Indeed, Robson's work is more than just a social history—it is emblematic of a new approach to this discipline. The details will excite specialists, the generalities will delight the uninitiated. 'Sparkling' indeed, this work is guaranteed to be an influential and foundational reference book, indispensable to the collections of the many disciplines it draws from."—Clemency Montelle, Journal of the American Oriental Society

"Robson, as a professional assyriologist, is preeminently well positioned to write a history that situates Mesopotamian mathematics in its ancient social and intellectual context; and whether or not one always agrees with her interpretations of the mathematics, her competence in these aspects is nowhere in doubt."—Alexander Jones, British Journal for the History of Science

"[T]he book is a very significant contribution to the history of mathematics. It is well written, solidly founded and argued, and easy to understand. It is a fine and important addition to the literature on Babylonian mathematics, and it will be very useful to readers from both inside and outside the field. The book is warmly recommended to everyone who is interested in mathematics and its history, in ancient cultures, or in science seen as an integrated part of culture, and to the broader public of historians of early science or Mesopotamian culture."—Lis Brack-Bernsen, Journal of World History

"The book contains numerous charts, tables, images and databases that help us understand the issues addressed. It is excellently documented and it contains a comprehensive and up to date bibliography. Eleanor Robson is a scholar who commands the field that she investigates."—Piedad Yuste, Metascience

"[T]he publication of a book of this kind is very welcome. Nothing like it has been published before, and it is going to be immensely helpful to both writers and readers of future articles and books about the subject."—Joran Friberg, Archive Fur Orientforschung

"This work is an enormously significant contribution to the history of mathematics. No other work surveys the vast landscape of Mesopotamian mathematics from a position of the modern understanding of the past, incorporating the latest scholarship and yet still managing to be so accessible to nonspecialists. Robson's book is an outstanding guide that can be consulted by anyone interested in the field."—Duncan J. Melville, St. Lawrence University

"A very significant contribution to the history of ancient mathematics, and to the history of mathematics in general. I anticipate this book will be very, very useful to readers outside the field and general readers, because it is very clearly and incisively written, it gives clear indications about where to find the primary sources, and it summarizes previous historiography very effectively. There is no comparable book."—Serafina Cuomo, Birkbeck College, London

"A truly exciting and highly readable intellectual history of ancient Iraq. Eleanor Robson's Mathematics in Ancient Iraq is destined to become a classic. The book will have a wide readership among people interested in Near Eastern archaeology, the origins of writing, the history of education, and the history of science. This is truly a magnificent read."—Gary Urton, Harvard University

"This is a wholly original work, the first to integrate all the recent work from the history of mathematics in this area with archaeological scholarship. The result is a remarkably rich portrayal of mathematics in ancient Iraq. The breadth of coverage is striking, both in chronological terms but also in broad intellectual ones. The book is very well written and handsomely illustrated."—Jeremy Gray, The Open University