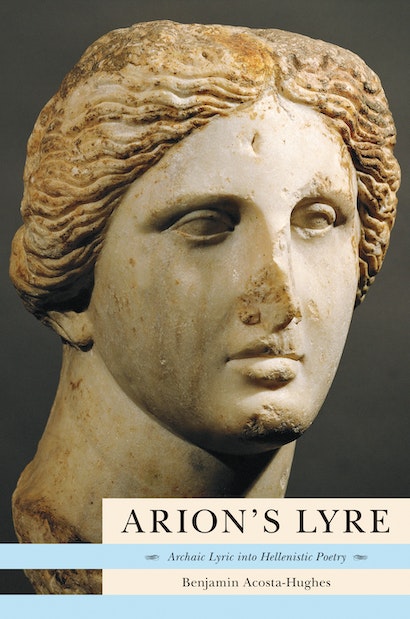 Arion’s Lyre examines how Hellenistic poetic culture adapted, reinterpreted, and transformed Archaic Greek lyric through a complex process of textual, cultural, and creative reception. Looking at the ways in which the poetry of Sappho, Alcaeus, Ibycus, Anacreon, and Simonides was preserved, edited, and read by Hellenistic scholars and poets, the book shows that Archaic poets often look very different in the new social, cultural, and political setting of Hellenistic Alexandria. For example, the Alexandrian Sappho evolves from the singer of Archaic Lesbos but has distinct associations and contexts, from Ptolemaic politics and Macedonian queens to the new phenomenon of the poetry book and an Alexandrian scholarship intent on preservation and codification.


A study of Hellenistic poetic culture and an interpretation of some of the Archaic poets it so lovingly preserved, Arion’s Lyre is also an examination of how one poetic culture reads another — and how modern readings of ancient poetry are filtered and shaped by earlier readings.

Benjamin Acosta-Hughes is professor of Greek and Latin at Ohio State University. He is the author of Polyeideia: The Iambi of Callimachus and the Archaic Iambic Tradition.

"[T]his is a very important contribution to both Hellenistic poetry and archaic lyric. It offers copious material for further discussion on textual problems and interpretative approaches."—Flora P. Manakidou, European Legacy

"In Arion's Lyre, Benjamin Acosta-Hughes deftly manages to capture the atmospheres and contexts that underlay the Archaic fragments and their reconstructions or deconstructions in Hellenistic texts. In doing so, he skillfully and subtly illuminates both Archaic culture and Hellenistic poetry."—Marco Fantuzzi, Columbia University and Università di Macerata

"This is a massively erudite treatment of an important topic. Benjamin Acosta-Hughes is a sensitive reader of Archaic lyric and Hellenistic poetry. He knows these poetic traditions intimately and is in close, deep engagement with other scholars. This is an important book."—David Wray, University of Chicago