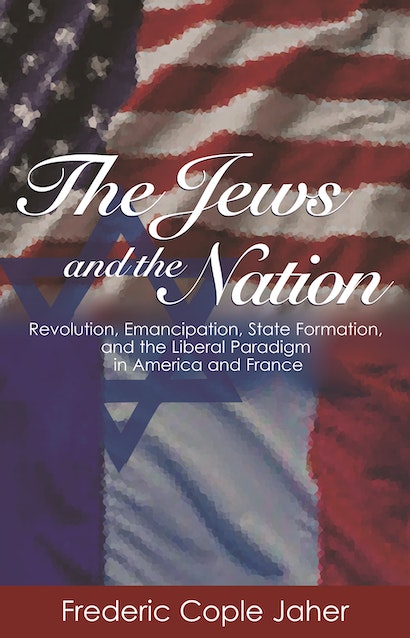 This book is the first systematic comparison of the civic integration of Jews in the United States and France — specifically, from the two countries’ revolutions through the American republic and the Napoleonic era (1775-1815). Frederic Jaher develops a vehicle for a broader and uniquely rich analysis of French and American nation-building and political culture. He returns grand theory to historical scholarship by examining the Jewish encounter with state formation and Jewish acquisition of civic equality from the perspective of the “paradigm of liberal inclusiveness” as formulated by Alexis de Tocqueville and Louis Hartz.


Jaher argues that the liberal paradigm worked for American Jews but that France’s illiberal impulses hindered its Jewish population in acquiring full civic rights. He also explores the relevance of the Tocqueville-Hartz theory for other marginalized groups, particularly blacks and women in France and America. However, the experience of these groups suggests that the theory has its limits.


A central issue of this penetrating study is whether a state with democratic-liberal pretensions (America) can better protect the rights of marginalized enclaves than can a state with authoritarian tendencies (France). The Tocqueville-Hartz thesis has become a major issue in political science, and this book marks the first time it has been tested in a historical study. The Jews and the Nation returns a unifying theory to a discipline fragmented by microtopical scholarship.

Frederic Cople Jaher is Professor of History at the University of Illinois, Urbana-Champaign. He is the author of several books, including A Scapegoat in the New Wilderness: The Origins and Rise of Anti-Semitism in America.

"[A] well-written and well-argued explanation of the way in which the fate of Jews expressed itself in France and the United States. This is a work of unimpeachable and imaginative scholarship."—Jerusalem Report

"This is a thoughtful, original, and systematic comparison of the civic integration of Jews in the United States and France from the period of the American and French revolutions through the beginnings of the American republic and the Napoleonic era. . . . [A] signal contribution to American Jewish historiography and to American ethnic history in general."—Robert Rockaway, Journal of American History

"This is a finely delineated investigation of the dynamics of inclusiveness and differentiation, primarily in America and secondarily in France during the overlapping eras of their respective revolutions. Jaher seeks to regain a grand narrative perspective of American history through a comparison of two variants of nation-building. The fundamental thesis is robust, and the demonstration is arresting. . ."—Seymour Drescher, author of The Mighty Experiment and From Slavery to Freedom