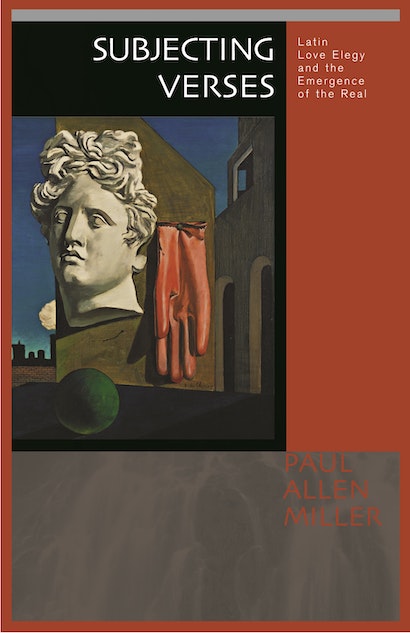 
Paul Allen Miller harmoniously weds close readings of the poetry with insights from theoreticians as diverse as Jameson, Foucault, Lacan, and Zizek. In welcome contrast to previous, thematic studies of elegy — efforts that have become bogged down in determining whether particular themes and poets were pro- or anti-Augustan — Miller offers a new, “symptomatic” history. He asks two obvious but rarely posed questions: what historical conditions were necessary to produce elegy, and what provoked its decline? Ultimately, he argues that elegiac poetry arose from a fundamental split in the nature of subjectivity that occurred in the late first century — a split symptomatic of the historical changes taking place at the time.

Subjecting Verses is a major interpretive feat whose influence will reach across classics and literary studies. Linking the rise of elegy with changes in how Romans imagined themselves within a rapidly changing society, it offers a new model of literary theory that neither reduces the poems to a reflection of their context nor examines them in a vacuum.

"This work offers a panoramic analysis of a major literary genre, important for historic as well as aesthetic reasons, and of the scholarship produced on it over the past century. It applies a range of sophisticated contemporary theoretical perspectives to illuminate the genre as a whole and specific texts within it. Its close readings abound with new insights."—Judith P. Hallett, University of Maryland, College Park