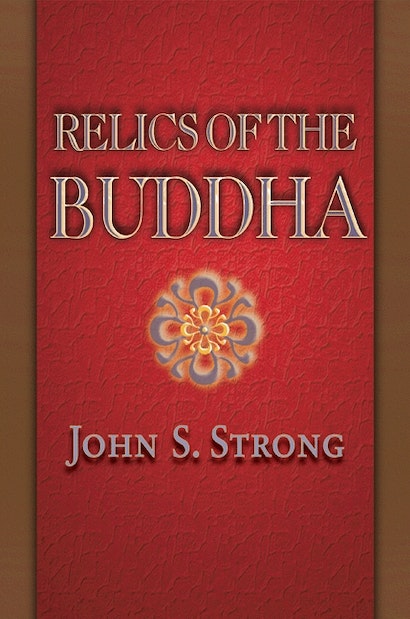 Buddhism is popularly seen as a religion stressing the truth of impermanence. How, then, to account for the long-standing veneration, in Asian Buddhist communities, of bone fragments, hair, teeth, and other bodily bits said to come from the historic Buddha?


Early European and American scholars of religion, influenced by a characteristic Protestant bias against relic worship, declared such practices to be superstitious and fraudulent, and far from the true essence of Buddhism.


John Strong’s book, by contrast, argues that relic veneration has played a serious and integral role in Buddhist traditions in South and Southeast Asia-and that it is in no way foreign to Buddhism.


The book is structured around the life story of the Buddha, starting with traditions about relics of previous buddhas and relics from the past lives of the Buddha Sakyamuni. It then considers the death of the Buddha, the collection of his bodily relics after his cremation, and stories of their spread to different parts of Asia.


The book ends with a consideration of the legend of the future parinirvana (extinction) of the relics prior to the advent of the next Buddha, Maitreya. Throughout, the author does not hesitate to explore the many versions of these legends and to relate them to their ritual, doctrinal, artistic, and social contexts.

John S. Strong is Professor of Religion and Chair of the Religion and Philosophy Department at Bates College. He is the author of several books on Buddhism, including The Legend of King Aśoka and The Legend and Cult of Upagupta (both from Princeton).

"In an engaging new study, John Strong surveys a number of legends surrounding the Buddha's relics in South and Southeast Asia. [He] suggests that narratives about the Buddha's relics . . . extend the Buddha's legacy far beyond ancient India and contributed to the spread of dharma and the legitimization of Buddhist kings."—Holly Gayley, Buddhadharma

"John S. Strong, in his Relics of the Buddha . . . has achieved the first comprehensive study of Buddhist relics to date. . . . [His] work will undoubtedly constitute, for decades to come, the standard for research on the larger meaning of relic veneration in the Buddhist world."—Brian O. Ruppert, Journal of Asian Studies

"John S. Strong has produced a highly readable, engaging, lucidly argued and authoritative analysis of the place of relics across the Buddhist world. His book should be read by anyone in Buddhist studies and really by anyone interested in comparative religion, particularly in aspects of religion and material practice."—Jacob N. Kinnard, Religion

"The soundness of the scholarship is superb and wonderfully exemplary. Strong's firm command of the relevant sources, some very old and some very contemporary, is evident at every level and in every chapter of the book. The scholarly shelf life of this work will be enduring, chiefly because any future student or scholar hoping to conduct research can follow any of the myriad leads that Strong has provided."—John C. Holt, Bowdoin College

"This work is a major contribution to Buddhist studies and the study of religion. The comprehensive and innovative approach, its engaging accessibility, and the author's clear and elegant writing style, ensure that it will play a formative role in redefining how scholars and the general public think about Buddhism."—Kevin Trainor, University of Vermont

"Truly a masterpiece. John Strong takes up the paradigmatic theme in Buddhist thought and practice in a most seminal work certain to become a classic in the field. Strong's command of textual materials is highly impressive and his style of argumentation, like his writing, is highly engaging."—Juliane Schober, Arizona State University