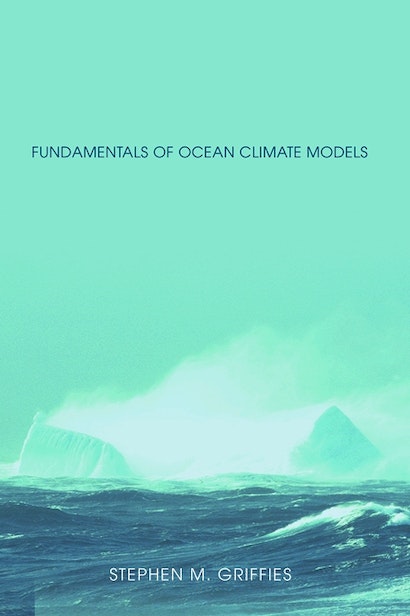 This book sets forth the physical, mathematical, and numerical foundations of computer models used to understand and predict the global ocean climate system. Aimed at students and researchers of ocean and climate science who seek to understand the physical content of ocean model equations and numerical methods for their solution, it is largely general in formulation and employs modern mathematical techniques. It also highlights certain areas of cutting-edge research.


Stephen Griffies presents material that spans a broad spectrum of issues critical for modern ocean climate models. Topics are organized into parts consisting of related chapters, with each part largely self-contained. Early chapters focus on the basic equations arising from classical mechanics and thermodynamics used to rationalize ocean fluid dynamics. These equations are then cast into a form appropriate for numerical models of finite grid resolution. Basic discretization methods are described for commonly used classes of ocean climate models. The book proceeds to focus on the parameterization of phenomena occurring at scales unresolved by the ocean model, which represents a large part of modern oceanographic research. The final part provides a tutorial on the tensor methods that are used throughout the book, in a general and elegant fashion, to formulate the equations.

Stephen Griffies is head of the Oceans and Climate Group at the National Oceanic and Atmospheric Administration's Geophysical Fluid Dynamics Laboratory in Princeton, New Jersey. He is a principal developer of the Modular Ocean Model, which is widely used by ocean and climate scientists worldwide

"Stephen Griffie's book . . . will be found open on the desks of those who develop ocean models for years to come. . . . This is a unique and useful work."—Matthew Hecht, Bulletin of the American Meteorological Society

"Stephen Griffies addresses real issues that have plagued ocean models for many years. His thorough examination of the desired properties of numerical schemes puts ocean models on a much sounder physical footing. He has been instrumental in developing these ideas. Bringing them together in a single volume will be useful to students and researchers alike."—Kelvin Richards, University of Hawaii

"A leader in the field, Stephen Griffies is very thorough in his methods and understands the workings of ocean models, and their theoretical underpinning, as much as anyone in the world at the present time. His book has evolved as research has evolved, and consequently it is right at the forefront of our current understanding."—Richard J. Greatbatch, Dalhousie University

"This clear, well-written book comprehensively covers the most important advances in ocean models for climate over the past ten years. The author's qualifications to write it are second to none."—Peter Gent, National Center for Atmospheric Research