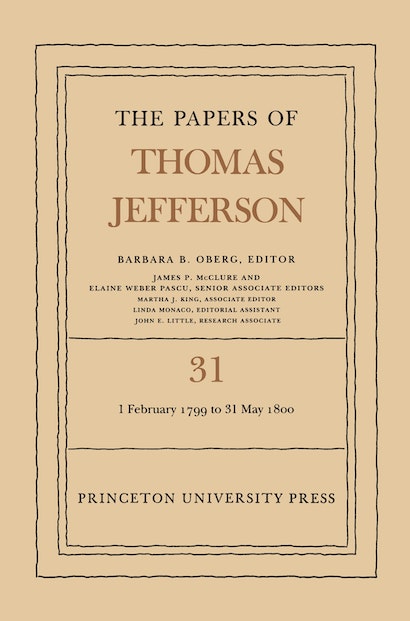 As this volume opens, partisan politics in the United States are building to a crescendo with the approach of the presidential election. Working for a Republican victory, Jefferson consults frequently with Madison, Monroe, and others to achieve favorable results in state elections. He corresponds with controversial journalist James T. Callender. Sifting information from published rumors and private letters, he follows events in Europe, including Bonaparte’s unexpected rise to power in France, and sees the value of his tobacco crop plummet as U.S. legislation cuts off the French market. Jefferson grows concerned at Federalist promotion of English common law in American jurisprudence and at proceedings in the Senate against William Duane, printer of the Philadelphia Aurora. Drawing heavily on British legislative practice, however, as well as advice from Virginia, he begins in earnest to compile a manual of parliamentary procedures for the Senate.


As president of the American Philosophical Society, Jefferson calls for reform of the United States census. He publishes an appendix to Notes on the State of Virginia defending his account of the Mingo Indian Logan’s legendary 1774 speech. And Jefferson consults Joseph Priestley and Pierre Samuel Du Pont de Nemours about the curriculum for a projected new university in Virginia. While continuing the reconstruction of Monticello, he mourns the death of the infant girl of his younger daughter, Mary Jefferson Eppes.