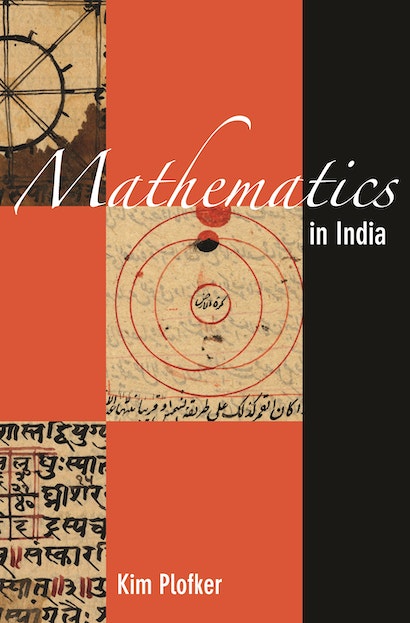 Based on extensive research in Sanskrit sources, Mathematics in India chronicles the development of mathematical techniques and texts in South Asia from antiquity to the early modern period. Kim Plofker reexamines the few facts about Indian mathematics that have become common knowledge — such as the Indian origin of Arabic numerals — and she sets them in a larger textual and cultural framework. The book details aspects of the subject that have been largely passed over in the past, including the relationships between Indian mathematics and astronomy, and their cross-fertilizations with Islamic scientific traditions. Plofker shows that Indian mathematics appears not as a disconnected set of discoveries, but as a lively, diverse, yet strongly unified discipline, intimately linked to other Indian forms of learning.


Far more than in other areas of the history of mathematics, the literature on Indian mathematics reveals huge discrepancies between what researchers generally agree on and what general readers pick up from popular ideas. This book explains with candor the chief controversies causing these discrepancies — both the flaws in many popular claims, and the uncertainties underlying many scholarly conclusions. Supplementing the main narrative are biographical resources for dozens of Indian mathematicians; a guide to key features of Sanskrit for the non-Indologist; and illustrations of manuscripts, inscriptions, and artifacts. Mathematics in India provides a rich and complex understanding of the Indian mathematical tradition.


**Author’s note: The concept of “computational positivism” in Indian mathematical science, mentioned on p. 120, is due to Prof. Roddam Narasimha and is explored in more detail in some of his works, including “The Indian half of Needham’s question: some thoughts on axioms, models, algorithms, and computational positivism” (Interdisciplinary Science Reviews 28, 2003, 1-13).

"This is a much needed and splendidly executed book, a history of mathematics in the Indian subcontinent that embraces the full breadth of its rich subject. . . . For anyone acquainted with the scholarly literature on these disputes, it is refreshing to read a discussion of them that keeps to the evidence, is frank about the evidence's limitations, and eschews charges of personal incompetence or bias."—Alexander Jones, Journal for the History of Astronomy

"This carefully researched chronicle of the principal contributions made by a great civilization covers the earliest days of Indian history through to the beginning of the modern period. . . . Kim Plofker's book fulfils an important need in a world where mathematical historiography has been shaped by the dominance of the Greco-Christian view and the Enlightenment period."—Pervez Hoodbhoy, Nature

"[T]he author does a remarkable job presenting the mathematics of India. Anyone delving into this book, general reader or historian, will find straightforward explanations of the mathematics involved, learn of the culture that surrounded the subject, and come away with a clearer understanding of the Indian civilization and its mathematics."—Jim Tattersall, MAA Reviews

"[T]his book is reliable, authentic and helps to rectify the wrong notions on either side, regarding Indian mathematics. It is a great contribution to the history of mathematics in general."—T. Thrivikraman, Mathematical Reviews

"The book is well written and easy to read. There is a good balance of commentary and technical detail. . . . Plofker's book finally offers us, at least in outline, an up-to-date and coherent narrative for the history of mathematics in India."—John Hannah, Aestimatio

"Mathematics in India presents an accessible, readable, and well-informed treatment of the history of India's mathematical traditions. It includes topics discussed little to date: the social setting of the mathematicians, the textual practices learned in Sanskrit, and the realm of observational and timekeeping practices. The survey of the Kerala school and the later life of Indian mathematics are detailed, unique, and valuable."—Christopher Minkowski, University of Oxford

"No reliable book of this kind has been available, and Plofker's work makes an underdeveloped area accessible to all who are interested."—Johannes Bronkhorst, University of Lausanne, Switzerland