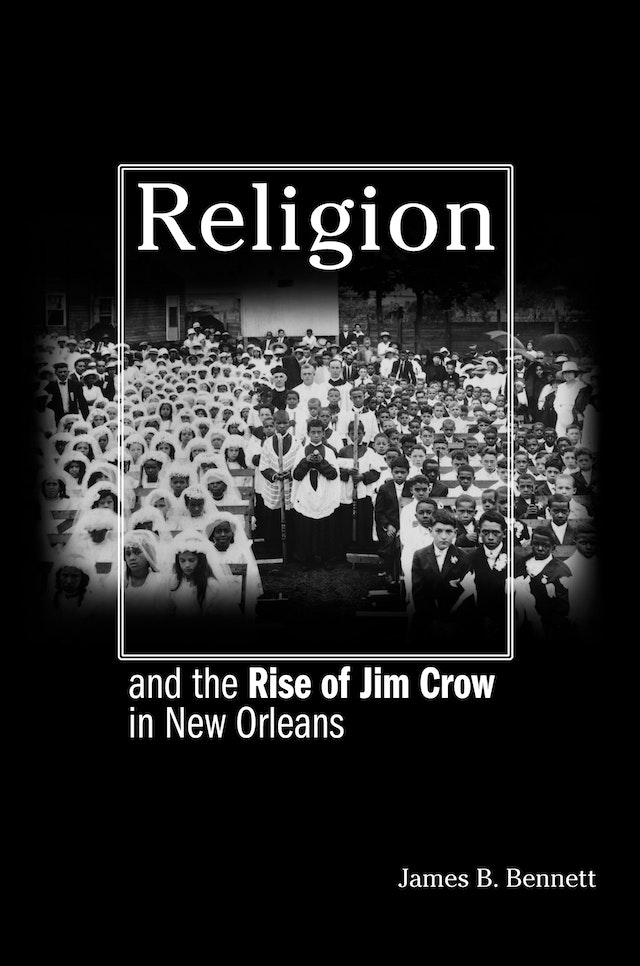 Religion and the Rise of Jim Crow in New Orleans examines a difficult chapter in American religious history: the story of race prejudice in American Christianity. Focusing on the largest city in the late-nineteenth-century South, it explores the relationship between churches — black and white, Protestant and Catholic — and the emergence of the Jim Crow laws, statutes that created a racial caste system in the American South. The book fills a gap in the scholarship on religion and race in the crucial decades between the end of Reconstruction and the eve of the Civil Rights movement.


Drawing on a range of local and personal accounts from the post-Reconstruction period, newspapers, and church records, Bennett’s analysis challenges the assumption that churches fell into fixed patterns of segregation without a fight. In sacred no less than secular spheres, establishing Jim Crow constituted a long, slow, and complicated journey that extended well into the twentieth century.


Churches remained a source of hope and a means of resistance against segregation, rather than a retreat from racial oppression. Especially in the decade after Reconstruction, churches offered the possibility of creating a common identity that privileged religious over racial status, a pattern that black church members hoped would transfer to a national American identity transcending racial differences. Religion thus becomes a lens to reconsider patterns for racial interaction throughout Southern society. By tracing the contours of that hopeful yet ultimately tragic journey, this book reveals the complex and mutually influential relationship between church and society in the American South, placing churches at the center of the nation’s racial struggles.

James B. Bennett is Assistant Professor of Religious Studies at Santa Clara University.

"Bennett offers a complex picture of racial separatism and integration within the religious life of the post-Reconstruction South. He challenges many common assumptions and helps us to see how complicated life was for freed slaves, and how much their struggle cost them personally. A superior contribution."—Albert Raboteau, author of Canaan Land: A Religious History of African Americans

"James Bennett's superbly researched book tackles the still timely problem of racial prejudice in American religion. Bennett's heart-rending account of the Jim Crow era in New Orleans describes the African-American insistence on open and mixed congregations amidst the failure of many white Protestant and Catholic leaders to resist bigotry. With stunning probity, it sheds new light on some of the most difficult events in America's religious and social development."—Jon Butler, Yale University

"A significant, innovative contribution to our understanding of segregation, religion and the South. Bennett's scholarship is impressive and he has produced a fine, well-written book."—Donald G. Mathews, University of North Carolina at Chapel Hill