A new approach to understanding animal and human cognition 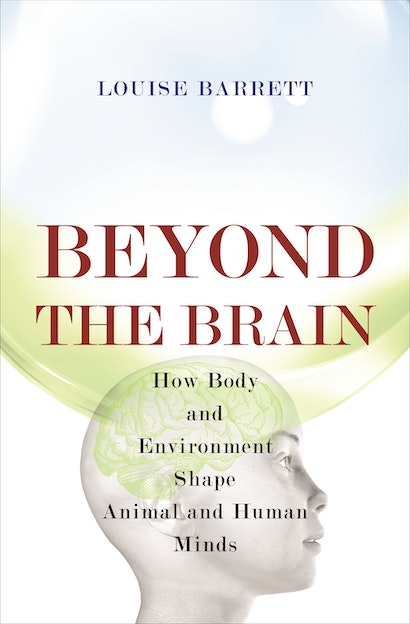 When a chimpanzee stockpiles rocks as weapons or when a frog sends out mating calls, we might easily assume these animals know their own motivations — that they use the same psychological mechanisms that we do. But as Beyond the Brain indicates, this is a dangerous assumption because animals have different evolutionary trajectories, ecological niches, and physical attributes. How do these differences influence animal thinking and behavior? Removing our human-centered spectacles, Louise Barrett investigates the mind and brain and offers an alternative approach for understanding animal and human cognition. Drawing on examples from animal behavior, comparative psychology, robotics, artificial life, developmental psychology, and cognitive science, Barrett provides remarkable new insights into how animals and humans depend on their bodies and environment—not just their brains—to behave intelligently.

Barrett begins with an overview of human cognitive adaptations and how these color our views of other species, brains, and minds. Considering when it is worth having a big brain—or indeed having a brain at all—she investigates exactly what brains are good at. Showing that the brain’s evolutionary function guides action in the world, she looks at how physical structure contributes to cognitive processes, and she demonstrates how these processes employ materials and resources in specific environments.

Arguing that thinking and behavior constitute a property of the whole organism, not just the brain, Beyond the Brain illustrates how the body, brain, and cognition are tied to the wider world. 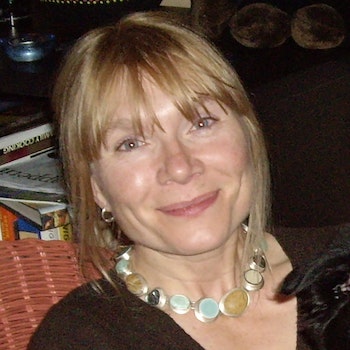 "Beyond the Brain is an astonishingly good book, both substantive and fun to read. . . . Barrett re-centres the field on the study of animal cognition. I think this is an excellent decision, and not just because it allows her to tell some great animal stories. The main advantage is not narrative but substantive: her careful reconstruction of the grounds of natural cognition is simply more convincing and more relevant than even the best discussion of artificial intelligence could ever be. . . . Beyond the Brain is full of . . . interesting and heterodox discussions, and is sure to engage, enrage, and inspire in differential measure depending on the reader's theoretical proclivities."—Michael L. Anderson, Journal of Consciousness Studies

"[T]his book provides an excellent synthesis of psychology, philosophy, robotics and biology on the topic of animal and human cognition. The prose is accessible and easy to read, and Barrett effectively uses everyday examples to make theoretical and technical points clear. . . . [T]his book . . . gave me a lot of new insights. I highly recommend it to scientists and students interested in understanding animal and human minds."—Sabine Tebbich, Animal Behaviour

"Barrett's book is a superb and unique bit of thinking, and so eminently readable and enticing that it will appeal to the mainstream. . . . It is so rare to find a richly scientific and philosophical book that the reader will find hard to put down, as if it were a bestselling novel, and I hope this book actually reaches a bestseller list, it is that good, and has that wide an audience, from layman to cognitive scientist. I recommend it to any university under or post-graduate course, as one of the most intriguing and compelling works I have ever read or reviewed. This is not due alone to the startling facts, or her humor, or any other single facet, but owes much to her integration of so many aspects of argument, philosophy, science, anthropology, ecological psychology and others, that it teaches the student, in passing, to think outside of the umwelt. A great contribution."—Roy Sugarman, Metapsychology

"Beyond the Brain is indeed an amusing and entertaining read, but one with an extraordinary analytical rigor and eloquence of argument. Very accessible, enticing, and lucidly written, it can be enjoyed both by professional academics and laypeople. Readers—be they novice or seasoned—will certainly find the volume uplifting and inspirational, Barrett's style brisk and delightful and her intellectual playfulness quite solacing. . . . A must read for the next generations of cognitive scientists and for all those who are interested in the study of comparative cognition."—Mirko Farina, Phenomenology and Cognitive Sciences

"I am jealous of this book, especially of the first half. It is so well written. Barrett picks exactly the right examples and weaves them together in exactly the right ways. It is clear that Barrett has put great care into the construction of Beyond the Brain, and her success should be rewarded by a wide readership."—Eric P. Charles, PsycCRITIQUES

"Beyond the Brain explores the emerging field of embedded cognition, in which the mind is seen as more than a product of brain mechanisms. . . . Barrett provides a thorough, well-written introduction to the disparate schools of thought on embedded cognition, starting with a discussion of what human brains really do and the ways in which brainpower is adaptive."—Choice

"Barrett's book contains many bold ideas, expressed in a lively and engaging style; with nice touches of humor, it is both thought provoking and entertaining. Her relational, environment-based, action-oriented perspective is deeply compatible with behavior analysis, and I suspect many behavior analysts will be nodding in agreement with many of the thoughtful and well developed arguments put forth in the book."—Timothy D. Hackenberg, Behaviour Analyst

"Louise Barrett's latest book is a beacon of hope for anyone who worries that the study of the evolution of cognition is being reduced to nothing but sensationalistic claims about the nature of the animal mind. With delightful prose, she makes a strong case that overinflated notions regarding how human minds work have tragically distorted our view of other animals. Barrett's book is a highest-priority must read for the next generation of scientists interested in the evolution of cognition."—Daniel J. Povinelli, University of Louisiana

"A delight to read, this very ambitious book furnishes a fresh perspective on animal behavior. Barrett synthesizes a broad literature from fields as diverse as ethology, ecological psychology, artificial intelligence, robotics, and philosophy, and masterfully weaves the different strands together into an iconoclastic but coherent view of cognitive behavior. A reader could not wish for a clearer guide into this new field."—Carel van Schaik, Anthropological Institute and Museum, University of Zürich

"This is an excellent book about comparative cognition, how minds and brains evolve, and how to think about the minds of animals."—Nicola S. Clayton, University of Cambridge

"Clear and engaging, this thought-provoking book is an excellent synthesis of new directions in cognitive science and evolution. The use of everyday and humorous examples is effective, and the scholarship is impressive in its breadth and rigor, combining ideas from ecological psychology, robotics, cognitive science, and evolutionary biology. A stimulating read, it will have scientists questioning conventional wisdom about the nature of cognition and species difference."—Robert Barton, Durham University

"Arguing that observed animal behavior is substantially organized by both an organism's physical structure and environmental affordances, this book raises interesting questions about the role of cognition in behavior and the attribution of complex behaviors to cognitive processes similar to those purportedly supporting human behavior. An intriguing and engaging book."—Bennett Galef, McMaster University