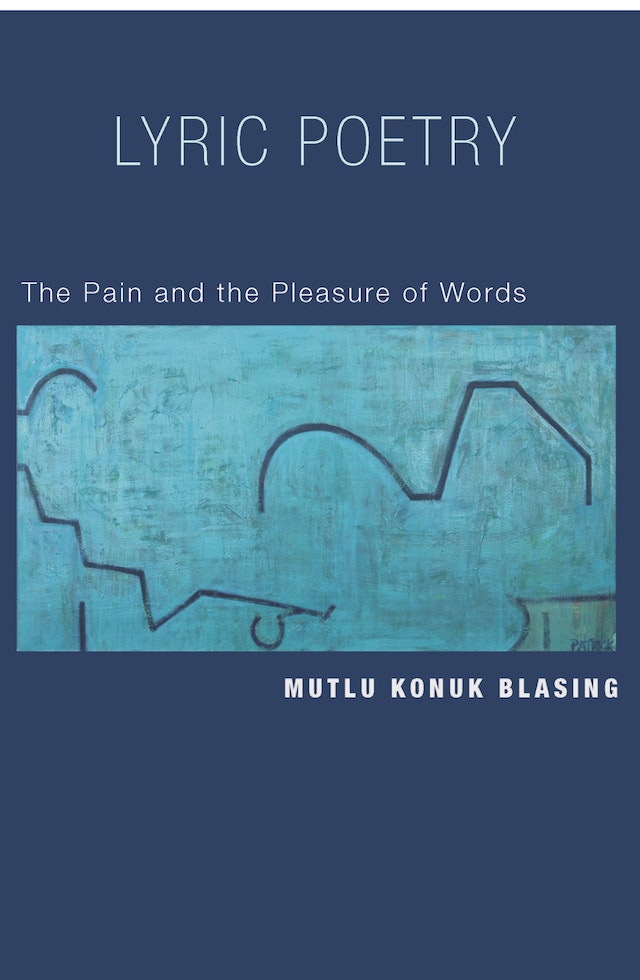 Lyric poetry has long been regarded as the intensely private, emotional expression of individuals, powerful precisely because it draws readers into personal worlds. But who, exactly, is the “I” in a lyric poem, and how is it created? In Lyric Poetry, Mutlu Blasing argues that the individual in a lyric is only a virtual entity and that lyric poetry takes its power from the public, emotional power of language itself.

In the first major new theory of the lyric to be put forward in decades, Blasing proposes that lyric poetry is a public discourse deeply rooted in the mother tongue. She looks to poetic, linguistic, and psychoanalytic theory to help unravel the intricate historical processes that generate speaking subjects, and concludes that lyric forms convey both personal and communal emotional histories in language. Focusing on the work of such diverse twentieth-century American poets as T. S. Eliot, Ezra Pound, Wallace Stevens, and Anne Sexton, Blasing demonstrates the ways that the lyric “I” speaks, from first to last, as a creation of poetic language.

Mutlu Konuk Blasing is Professor of English at Brown University. She is the author of The Art of Life, American Poetry, and Politics and Form in Postmodern Poetry.

"In her discussions of infant language acquisition, but more broadly in her portrayal of frames by which we separate poems from non-poems, Blasing has written a smart book that other critics will use, even critics with different attitudes toward individual poets and their poems."—Stephen Burt, Modern Philology

"This is a splendid book, one of the best on the lyric that I have ever read, combining a rich and original theoretical account with chapters on four major twentieth-century American poets. Blasing's take on the lyric is convincing and original."—Jonathan Culler, Cornell University