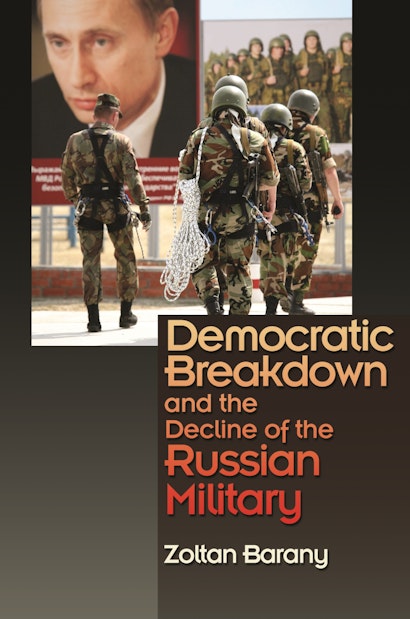 Why have Russian generals acquired an important political position since the Soviet Union’s collapse while at the same time the effectiveness of their forces has deteriorated? Why have there been no radical defense reforms in Russia since the end of the cold war, even though they were high on the agenda of the country’s new president in 2000? Democratic Breakdown and the Decline of the Russian Military explains these puzzles as it paints a comprehensive portrait of Russian military politics.


Zoltan Barany identifies three formative moments that gave rise to the Russian dilemma. The first was Gorbachev’s decision to invite military participation in Soviet politics. The second was when Yeltsin acquiesced to a new political system that gave generals a legitimate political presence. The third was when Putin not only failed to press for needed military reforms but elevated numerous high-ranking officers to prominent positions in the federal administration. Included here are Barany’s insightful analysis of crisis management following the sinking of the Kursk submarine, a systematic comparison of the Soviet/Russian armed forces in 1985 and the present, and compelling accounts of the army’s political role, the elusive defense reform, and the relationship between politicians and generals.


Barany offers a rare look at the world of contemporary military politics in an increasingly authoritarian state. Destined to become a classic in post-Soviet studies, this book reminds us of the importance of the separation of powers as a means to safeguard democracy.

Zoltan Barany is the Frank C. Erwin, Jr., Centennial Professor of Government at the University of Texas. He is the author of The Future of NATO Expansion (Cambridge, 2003) and The East European Gypsies (Cambridge, 2002). 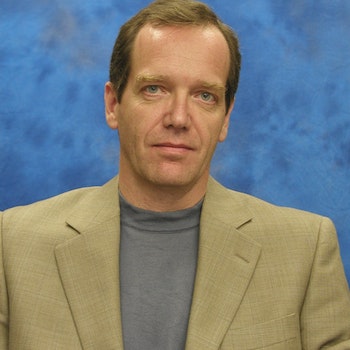 "Barany concludes his study with observations on the implications of this development, but his main contribution is making the analytical link between the political and military factors in Russia."—R.P. Peters, Choice

"If you have time to read only a 20-page text to understand fundamentally what the Russian state is today, you could do little better than to read Barany's chapter on the Kursk tragedy. . . . Barany's main objective—explaining why Russia has an obsolete and incoherent military doctrine and an unreformed military shockingly unprepared for contemporary security challenges—is very well done."—Celeste A. Wallander, Political Science Quarterly

"Zoltan Barany's interesting and comprehensive book attempts to explain why substantial military reform has eluded Russia by analyzing the evolution of civil-military relations in post-Communist Russia, the political role of the military and the institutional arrangements for civilian control over the armed forces."—Survival

"[Democratic Breakdown and the Decline of the Russian Military] is a significant piece which ought to appeal to Russia watchers both within and beyond academia. . . . Admirably concise yet richly detailed. . . . The book is a valuable synthesis of a range of sources on a subject which has received little attention of late."—David J. Betz, Russian Review

"[O]ne should read this book for its well-informed reporting of events and institutional developments."—William E. Odom, Slavic Review

"[T]his book should be useful for anybody interested in the wider context of Russian studies and politics, as well as readers who are interested in International Relations security issues in general."—Fotis Mavromatidis, Journal of Contemporary European Studies

"Among the many merits of this book is its clear, transparent, and economical style. Barany accomplishes what few in the profession have done. Namely, he is able to use sophisticated theoretical concepts from political science in ways that not only illuminate actual politics but which are readable and enhance the reader's understanding of the issues at stake."—Stephen J. Blank, Parameters

"It is perhaps the ultimate compliment to suggest that Russia's greatest writer would very much have agreed with Barany's depiction of the Russian military—and that his approach is a superior one for understanding Russian military politics."—John P Moran, Perspectives on Politics

"The collapse of the Red Army was one of the most spectacular in human history, and also one of the most mysterious. Neither Soviet nor Russian armed forces suffered catastrophic losses on the battlefield, while Russian soldiers became more involved, not less, in politics in post-Soviet Russia. Through a sophisticated application of institutional theory to a rich collection of data, Zoltan Barany unravels this mystery in a compelling and masterful way. This book will become a classic on Russian civil-military relations, while also adding much to our understanding of Russian politics more generally."—Michael McFaul, Stanford University

"Zoltan Barany is one of the most wide-ranging and thoughtful scholars writing on postcommunist politics today. Here, he provides a fascinating look at one of the most important issues in contemporary Russia. The link Barany makes between the condition of the military and the character of the postcommunist political regime is especially interesting. This book will appeal to policymakers and observers of Russian politics both inside and outside academia."—M. Steven Fish, University of California, Berkeley, and author of Democracy Derailed in Russia

"This book marks a new approach to the study of civil-military relations in Russia. It does something no one has done to date—it explains why Russian civil-military relations are not only not democratic, but are moving in the opposite direction. It also highlights the incredibly important roles that Gorbachev, Yeltsin, and Putin have played in the evolution of such relations."—Dale Herspring, Kansas State University

"This is political science at its best: a lucid explanation of an important puzzle, systematically approached but mindful of the crucial role of human interaction. Barany makes a valuable contribution to our understanding of the Russian military, the state of Russian democracy, and to the larger issue of civil-military relations and democracy in general."—Thomas Nichols, United States Naval War College