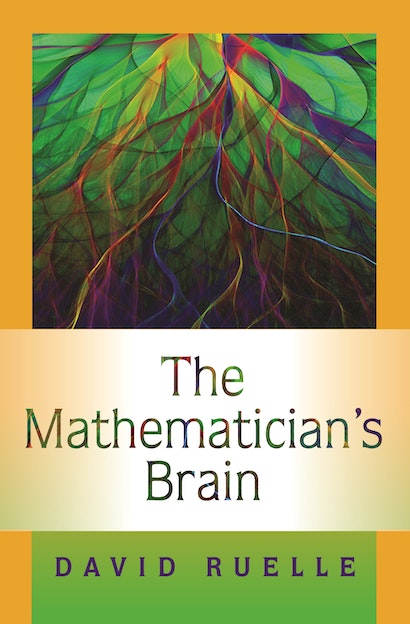 The Mathematician’s Brain poses a provocative question about the world’s most brilliant yet eccentric mathematical minds: were they brilliant because of their eccentricities or in spite of them? In this thought-provoking and entertaining book, David Ruelle, the well-known mathematical physicist who helped create chaos theory, gives us a rare insider’s account of the celebrated mathematicians he has known-their quirks, oddities, personal tragedies, bad behavior, descents into madness, tragic ends, and the sublime, inexpressible beauty of their most breathtaking mathematical discoveries.


Consider the case of British mathematician Alan Turing. Credited with cracking the German Enigma code during World War II and conceiving of the modern computer, he was convicted of “gross indecency” for a homosexual affair and died in 1954 after eating a cyanide-laced apple — his death was ruled a suicide, though rumors of assassination still linger. Ruelle holds nothing back in his revealing and deeply personal reflections on Turing and other fellow mathematicians, including Alexander Grothendieck, René Thom, Bernhard Riemann, and Felix Klein. But this book is more than a mathematical tell-all. Each chapter examines an important mathematical idea and the visionary minds behind it. Ruelle meaningfully explores the philosophical issues raised by each, offering insights into the truly unique and creative ways mathematicians think and showing how the mathematical setting is most favorable for asking philosophical questions about meaning, beauty, and the nature of reality.

The Mathematician’s Brain takes you inside the world — and heads — of mathematicians. It’s a journey you won’t soon forget.

David Ruelle is professor emeritus of mathematical physics at the Institut des Hautes Etudes Scientifiques in France and distinguished visiting professor of mathematics at Rutgers University. His books include Chance and Chaos (Princeton).

"The text is enlivened by many unusual mathematical examples, and by Ruelle's reflections on his own and other famous mathematicians' experiences...If mathematics is what mathematicians do, are there any psychological traits or personalities that characterize mathematics? Ruelle addresses this lightly with some illuminating insights...Mathematicians and theoretical physicists will enjoy Ruelle."—Donal O'Shea, Nature

"The mathematician David Ruelle is well known for his work on nonlinear dynamics and turbulence, and his new book, The Mathematician's Brain, is a book about mathematics and what it all means.... The book's value lies in Mr. Ruelle's description of the curious inner life of mathematicians."—David Berlinski, New York Sun

"[David Ruelle], a mathematical physicist, reflects on how the mathematician works and how mathematics sheds light on the nature of knowledge. Ruelle also examines the anatomy of mathematical texts, looks at processes by which mathematical concepts are developed, and explores ideas such as infinity, the circle theorem, and algebraic geometry."—Science News

"After a lifetime of research and teaching, [Ruelle argues] that mathematical breakthroughs do not come from simply manipulating symbols according to strict rules. His chapters on individual mathematicians work very well, and allow the reader...a real sense of what it is like to work at the forefront of the discipline."—Andrew Robinson, Physics World

"David Ruelle is a mathematical physicist who tries to explain to the general reader what mathematics is and how mathematicians go about their work. . . . The book is well organized, clearly written and gives a fair impression of the working mathematician."—Michael Atiyah, Brain

"For any reader interested as much in what being a mathematician is like as in what mathematics is, this book offers the inside scoop. . . . It is only a very good book that stimulates discussion of foundational issues at all, and The Mathematician's Brain does that and much else beside. One finds a rich, multi-textured, human account of mathematics and mathematical life here, an account that makes one wish to spend an afternoon with the author, in pleasant conversation about whatever captures one's fancy at the moment."—Tim Maudlin, Journal of Statistical Physics

"The Mathematician's Brain takes you inside the world—and heads—of mathematicians. It is a journey you won't soon forget."—L'Enseignement Mathematique

"The Mathematician's Brain is a very readable tour through the landscape of contemporary mathematics. David Ruelle locates mathematics as a human practice, subject to social and political pressures as well as the limitations of human brains, without losing site of its status as an objective, rule-governed discipline. The book is packed with personal anecdotes and speculative comments on the nature of mathematics which display the author's clear enthusiasm for his subject. . . . As an accessible run-through of one mathematician's love-affair with his subject, The Mathematician's Brain is an inviting presentation which introduces readers to the fascinating realm of mathematics and its philosophy."—Mary C. Leng, Mathematical Reviews

"It has an intimate, personal definitions flavor, inviting the reader to get to know Ruelle himself, not only the mathematics he cares to expound. He turns out do be no dry, scholar, but a humane, opinionated, deeply thoughtful fellow human. The mathematics he chooses to present is and well explained. The philosophical and aesthetic issues he explores are important and often neglected."—Reuben Hersh, Siam Review

"There is an enormous amount to admire in the book. . . . The range of topics treated is very generous."—David Corfield, Notices

"David Ruelle has written an entertaining and thoughtful book on human theorizing in that most abstract science, mathematics. Yet its content has ramifications that extend well into other thought processes."—Stephen Smale, Toyota Technological Institute at Chicago

"Fascinating and quite eclectic. Ruelle has a pragmatic approach to discussing philosophical and psychological questions. He is equally pragmatic with regard to ethical and political issues involved in the professional world of the mathematician. As Ruelle repeatedly says, mathematics is a human activity."—William Messing, University of Minnesota