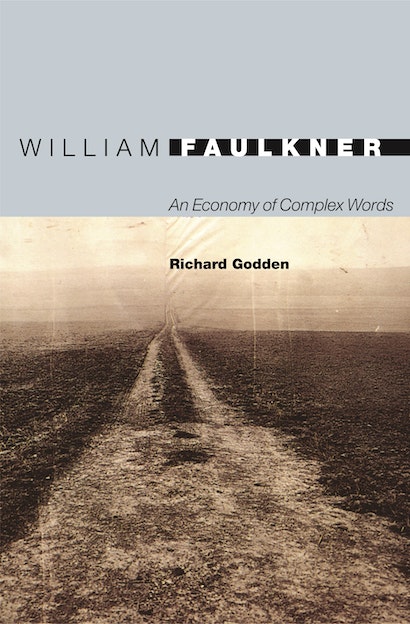 In William Faulkner, Richard Godden traces how the novelist’s late fiction echoes the economic and racial traumas of the South’s delayed modernization in the mid-twentieth century. As the New Deal rapidly accelerated the long-term shift from tenant farming to modern agriculture, many African Americans were driven from the land and forced to migrate north. At the same time, white landowners exchanged dependency on black labor for dependency on northern capital. Combining powerful close readings of The Hamlet, Go Down, Moses, and A Fable with an examination of southern economic history from the 1930s to the 1950s, Godden shows how the novels’ literary complexities — from their narrative structures down to their smallest verbal emphases — reflect and refract the period’s economic complexities. By demonstrating the interrelation of literary forms and economic systems, the book describes, in effect, the poetics of an economy.


Original in the way it brings together close reading and historical context, William Faulkner offers innovative interpretations of late Faulkner and makes a unique contribution to the understanding of the relation between literature and history.

Richard Godden is professor of English at the University of California, Irvine. He is the author of Fictions of Labor: William Faulkner and the South's Long Revolution and Fictions of Capital: The American Novel from James to Mailer.

"William Faulkner: An Economy of Complex Words is an important contribution to Faulkner studies."—Barbara Ladd, Studies in American Fiction

"For readers who enjoyed and admired the first volume, this one offers vintage Godden and potentially paradigm-shifting criticism. . . . It is in the close readings that the energies of this book lie and where the reader will find the most satisfaction and the furtherance of Faulkner scholarship."—Taylor Hagood, Journal of American Studies

"Richard Godden's William Faulkner: An Economy of Complex Words is a stunning account of Faulkner's late fiction that combines intense close reading and attention to the history of mid-twentieth-century modernization to reaffirm Faulkner's centrality, not just to Southern literature or to modernist aesthetics, but to the mainstream of American history and culture."—Andrew Hoberek, University of Missouri, Columbia

"This book asks us to think again about Faulkner and the relation of language to history. It is provocative but patiently argued, theoretically sophisticated yet marvelously fluent, challenging as well as convincing. It swims against much of the current critical tide but it gets much further into new territory on Faulkner and narrative."—Richard Gray, author of The Life of William Faulkner