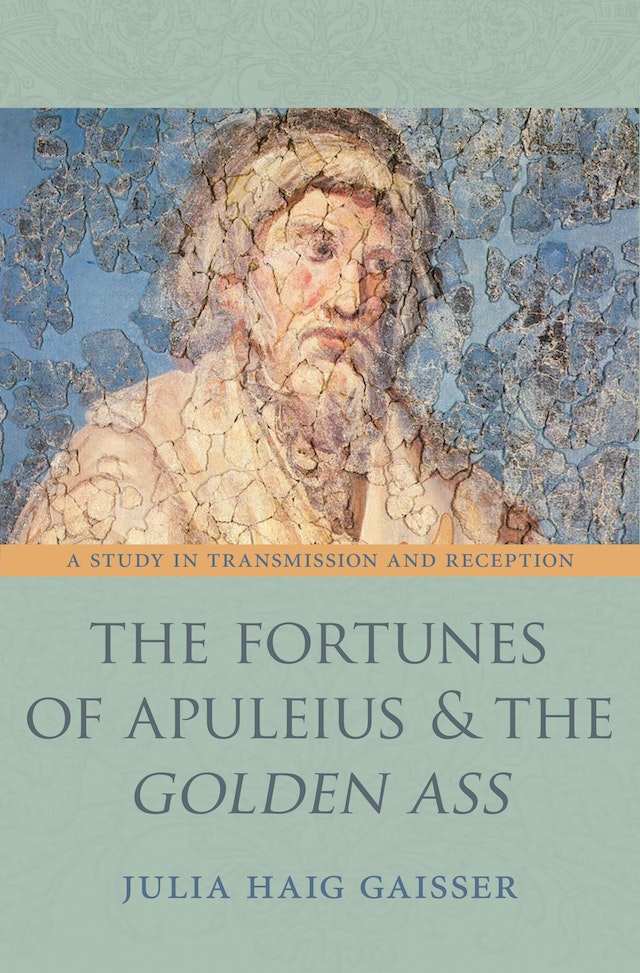 This book traces the transmission and reception of one of the most influential novels in Western literature. The Golden Ass, the only ancient Roman novel to survive in its entirety, tells of a young man changed into an ass by magic and his bawdy adventures and narrow escapes before the goddess Isis changes him back again. Its centerpiece is the famous story of Cupid and Psyche. Julia Gaisser follows Apuleius’ racy tale from antiquity through the sixteenth century, tracing its journey from roll to codex in fourth-century Rome, into the medieval library of Monte Cassino, into the hands of Italian humanists, into print, and, finally, over the Alps and into translation in Spanish, French, German, and English. She demonstrates that the novel’s reception was linked with Apuleius’ reputation as a philosopher and the persona he projected in his works. She relates Apuleius and the Golden Ass to a diverse cast of important literary and historical figures — including Augustine, Fulgentius, Petrarch, Boccaccio, Bessarion, Boiardo, and Beroaldo. Paying equal attention to the novel’s transmission (how it survived) and its reception (how it was interpreted), she places the work in its many different historical contexts, examining its representation in art, literary imitation, allegory, scholarly commentary, and translation. The volume contains several appendixes, including an annotated list of the manuscripts of the Golden Ass.

This book is based on the author’s Martin Classical Lectures at Oberlin College in 2000.

Julia Haig Gaisser is Eugenia Chase Guild Professor Emeritus in the Humanities at Bryn Mawr College. She is the author of Catullus, Catullus in English, Pierio Valeriano on the Ill Fortune of Learned Men, and Catullus and His Renaissance Readers.

"With a graceful style and an immense knowledge of the vicissitudes of the story, Gaisser traces the manuscripts that carried The Golden Ass through the Middle Ages and into the Renaissance; the editions and translations that followed; and the ways in which readers interpreted, imitated, and adapted it. The result is a remarkable work of scholarship: detailed and learned, but accessible to the general reader with an interest in the fate of a brilliant book over the course of two millennia."—D. Konstan, Brown University, for, CHOICE

"Gaisser has done all students of Apuleius a profound service in a book that is not only a model for reception studies but will also be a standard reference in Apuleian studies for at least a generation."—Joel C. Relihan, New England Classical Journal

"This valuable book provides a fascinating perspective for comparativists on the nature of early modern exegesis. More importantly, it offers an invigorating re-evaluation of an enigmatic author whom many Latinists see only in the context of the time in which he lived—a context which has been constructed and constrained by the myopias of early-twentieth-century classical scholarship."—Andrew Laird, European Legacy

"Donkeys get little enough respect, and to have been made the subject of a comic novel has done little for their reputation or for that of the author, Apuleius. Julia Haig Gaisser follows Apuleius and his donkey through a journey of many centuries—a journey as remarkable as the one recounted in the novel. She is wise, witty, learned, and sharp-eyed: the perfect guide."—James J. O'Donnell, Georgetown University

"This is a terrific book. Julia Gaisser follows the fortunes of the Roman sophist Apuleius and his masterpiece, the Golden Ass, in the centuries after the author's death. Through a richly learned and imaginative inquiry, she shows us how the text itself survived, first in manuscript and then in print, how scholars tried to understand it, and how it sparked the curiosity and creativity of philosophers, imaginative writers, and artists working in radically different times and contexts. Meticulous in its scholarship, interdisciplinary in its method, and encyclopedic in its erudition, this study can serve as a model for anyone tracing the afterlife of an ancient or modern author."—Anthony T. Grafton, Princeton University

"Gaisser undertakes a comprehensive review of the fortunes of Apuleius' famous Latin novel about a man who is transformed into a donkey. She deploys with elegance and wit her research on the reception of this work from antiquity to the renaissance. Her attention to visual representations of Apuleian episodes is particularly welcome."—Glen W. Bowersock, professor emeritus, Institute for Advanced Study

"This is a superb piece of scholarship that will energize the readership of the Golden Ass. It gathers and analyzes information that has been hidden for decades in a labyrinth of German, French, and Italian manuscripts, libraries, and journals. It will transform what kind of readings we can perform on the Golden Ass by providing a rich and accurate source for reception theory and intertextual studies."—Benjamin Lee, Oberlin College