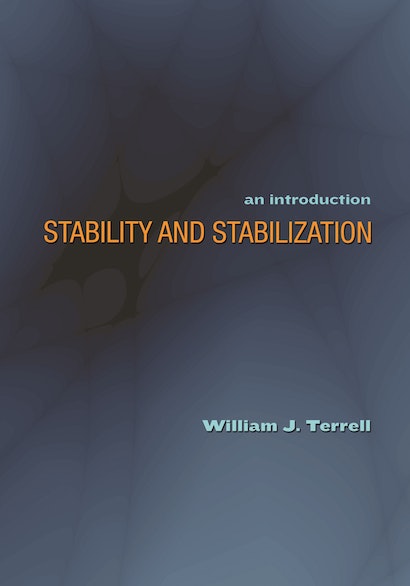 Stability and Stabilization is the first intermediate-level textbook that covers stability and stabilization of equilibria for both linear and nonlinear time-invariant systems of ordinary differential equations. Designed for advanced undergraduates and beginning graduate students in the sciences, engineering, and mathematics, the book takes a unique modern approach that bridges the gap between linear and nonlinear systems.


Presenting stability and stabilization of equilibria as a core problem of mathematical control theory, the book emphasizes the subject’s mathematical coherence and unity, and it introduces and develops many of the core concepts of systems and control theory. There are five chapters on linear systems and nine chapters on nonlinear systems; an introductory chapter; a mathematical background chapter; a short final chapter on further reading; and appendixes on basic analysis, ordinary differential equations, manifolds and the Frobenius theorem, and comparison functions and their use in differential equations. The introduction to linear system theory presents the full framework of basic state-space theory, providing just enough detail to prepare students for the material on nonlinear systems.

William J. Terrell is associate professor of mathematics and applied mathematics at Virginia Commonwealth University. In 2000, he received a Lester R. Ford Award for excellence in expository writing from the Mathematical Association of America.

"This book takes a unique modern approach that bridges the gap between linear and nonlinear systems. . . . Clear formulated definitions and theorems, correct proofs and many interesting examples and exercises make this textbook very attractive."—Ferenc Szenkovits, Mathematica

"This book is a pleasant surprise. William Terrell selects and presents the field's key results in a fresh and unbiased way. He is enthusiastic about the material and his goal of setting forth linear and nonlinear stabilization in a unified format."—Miroslav Krstic, University of California, San Diego

"This textbook has very positive features. The arguments are complete; it does not shy away from making correct proofs one of its main goals; it strikes an unusually good balance between linear and nonlinear systems; and it has many examples and exercises. It is also mathematically sophisticated for an introductory text, and it covers very recent material."—Jan Willems, coauthor of Introduction to Mathematical Systems Theory