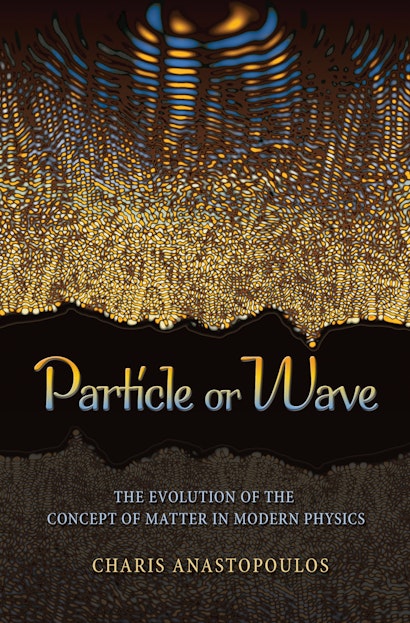 Particle or Wave is the first popular-level book to explain the origins and development of modern physical concepts about matter and the controversies surrounding them. The dichotomy between particle and wave reflects a dispute — whether the universe’s most elementary building blocks are discrete or continuous in nature — originating in antiquity when philosophers first speculated about the makeup of the physical world. Charis Anastopoulos examines two of the earliest known theories about matter — the atomic theory, which attributed all physical phenomena to atoms and their motion in the void, and the theory of the elements, which described matter as consisting of the substances earth, air, fire, and water. He then leads readers up through the ages to the very frontiers of modern physics to reveal how these seemingly contradictory ideas still lie at the heart of today’s continuing debates.


Anastopoulos explores the revolutionary contributions of thinkers like Nicolas Copernicus, Isaac Newton, and Albert Einstein. He shows how Einstein’s ideas about relativity unify opposing concepts by identifying matter with energy, and how quantum mechanics goes even further by postulating the coexistence of the particle and the wave descriptions. Anastopoulos surveys the latest advances in physics on the fundamental structure of matter, including the theories of quantum fields and elementary particles, and new cutting-edge ideas about the unification of all forces. This book reveals how the apparent contradictions of particle and wave reflect very different ways of understanding the physical world, and how they are pushing modern science to the threshold of new discoveries.

Charis Anastopoulos is a researcher in the Department of Physics at the University of Patras in Greece.

"Particle or Wave does not just look at the concepts of matter, but gives the nonscientist a very good introduction to modern physical theories. The final chapter looks at still unanswered questions about the nature of matter. The explanations are nonmathematical and include a reasonable number of illustrations."—E. Kincanon, Choice

"A highly intelligent book by someone who has thought deeply about the fundamentals of physics. Its aim is to convey to a mixed audience how the successful and well-established quantum theory of fields goes about describing nature. This book has deepened my understanding. I enjoyed it and I think others will too."—David Park, professor emeritus, Williams College

"A significant contribution to the popular literature on physics. This book elucidates for a general reader the concept of matter and how this concept has evolved over the centuries from philosophical ideas of classical antiquity to the abstract concepts of relativity and quantum physics. The author writes a good narrative."—Mark P. Silverman, Trinity College