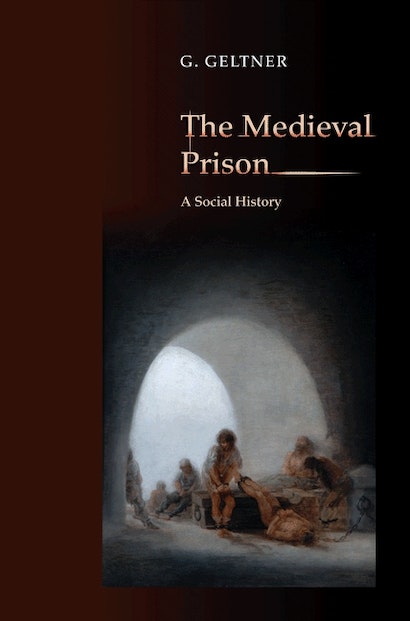 The modern prison is commonly thought to be the fruit of an Enlightenment penology that stressed man’s ability to reform his soul. The Medieval Prison challenges this view by tracing the institution’s emergence to a much earlier period beginning in the late thirteenth century, and in doing so provides a unique view of medieval prison life.


G. Geltner carefully reconstructs life inside the walls of prisons in medieval Venice, Florence, Bologna, and elsewhere in Europe. He argues that many enduring features of the modern prison — including administration, finance, and the classification of inmates — were already developed by the end of the fourteenth century, and that incarceration as a formal punishment was far more widespread in this period than is often realized. Geltner likewise shows that inmates in medieval prisons, unlike their modern counterparts, enjoyed frequent contact with society at large. The prison typically stood in the heart of the medieval city, and inmates were not locked away but, rather, subjected to a more coercive version of ordinary life. Geltner explores every facet of this remarkable prison experience — from the terror of an inmate’s arrest to the moment of his release, escape, or death — and the ways it was viewed by contemporary observers.

The Medieval Prison rewrites penal history and reveals that medieval society did not have a “persecuting mentality” but in fact was more nuanced in defining and dealing with its marginal elements than is commonly recognized.

G. Geltner is professor of medieval history at the University of Amsterdam.

"For most, neither the words 'medieval' nor 'prison' will conjure up particularly cheery images, and together their effect is so gothic as to be almost comical. Guy Geltner's intellectually vibrant history does much to shatter modernist preconceptions that either the period or the institution was universally nasty and brutish."—Times Literary Supplement

"[Geltner] has contributed important work to an understudied subject that merits greater attention. . . . As is traditional in good historical scholarship, the author has engaged in the time consuming and difficult task of archival research. In doing so, he has produced informative and well-documented scholarship on Italian medieval prisons and made a valuable contribution to this understudied and important historical subject."—Jonathan Rose, Reviews in History

"The Medieval Prison can be recommended as a well written and excellently researched study based on a wide range of sources. It has a weighty scholarly apparatus, and one third of the text comprises footnotes and references. . . . This small book packs a big punch."—Geoffrey Pearson, British Journal of Criminology

"[Geltner's] account constitutes an admirable point of departure, absorbing in itself, and suggestive in its implications."—R. I. Moore, Journal of Social History

"This is a very valuable contribution to the history of crime and criminal justice. Geltner demonstrates, contrary to the claims of modern historians, that the prison as a punitive institution was born in the later Middle Ages, and shows, contrary to the claims of medieval historians, that prisons were not hellholes. There is no equivalent study of Italian medieval prisons."—Trevor Dean, author of Crime and Justice in Late Medieval Italy

"A most welcome addition to what has been a neglected field of medieval legal and social history. Geltner argues very persuasively that imprisonment was an important phenomenon in medieval Italian cities. The Medieval Prison should appeal to a fairly broad audience outside the field of medieval history."—James B. Given, author of Inquisition and Medieval Society