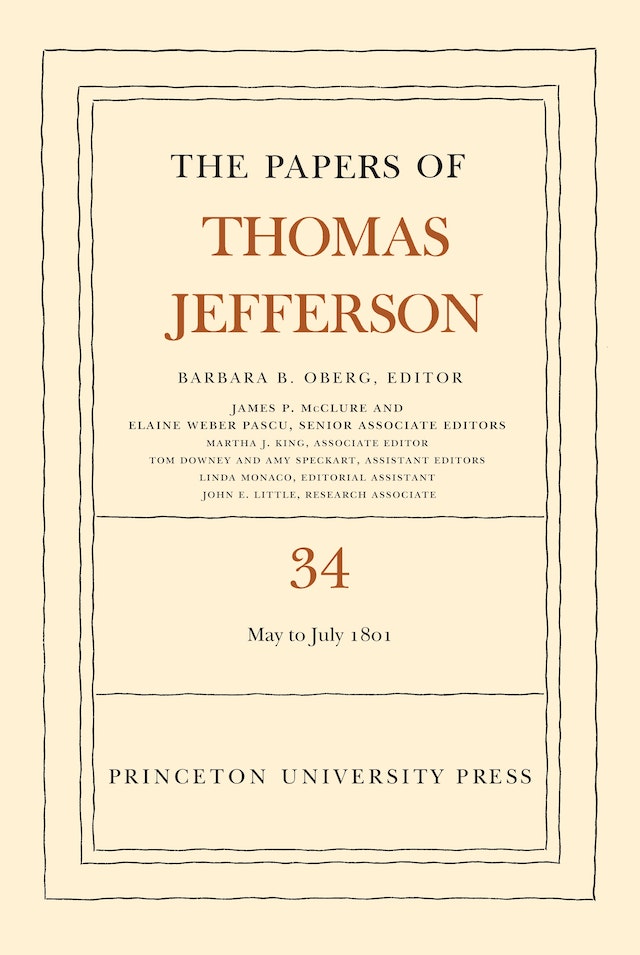 In Volume 34, covering May through July 1801, the story of Thomas Jefferson’s first presidential administration continues to unfold. He quickly begins to implement his objectives of economy and efficiency in government. Requesting the chief clerk of the War Department to prepare a list of commissioned army officers, Jefferson has his secretary Meriwether Lewis label the names on the list with such descriptors as “Republican” or “Opposed to the administration, otherwise respectable officers.” The president calls his moves toward a reduction in the army a “chaste reformation.” Samuel Smith, interim head of the Navy Department, in accordance with the Peace Establishment Act, arranges for the sale of surplus warships. Secretary of the Treasury Albert Gallatin gathers figures on revenues and expenses and suggests improvements in methods of collecting taxes. Jefferson delivers an eloquent statement on his policy of removals from office to the merchants of New Haven, who objected to his dismissal of the collector of the port of New Haven. He makes clear that while his inaugural address declared tolerance and respect for the minority, it did not mean that no offices would change hands. On the twenty-fifth anniversary of the Fourth of July, Jefferson entertains around one hundred citizens, including a delegation of five Cherokee chiefs. And on 30 July, Jefferson leaves the Federal City for two months at Monticello.