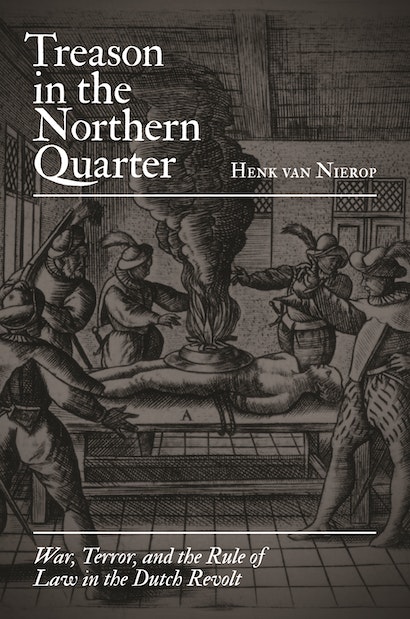 In the spring of 1575, Holland’s Northern Quarter — the waterlogged peninsula stretching from Amsterdam to the North Sea — was threatened with imminent invasion by the Spanish army. Since the outbreak of the Dutch Revolt a few years earlier, the Spanish had repeatedly failed to expel the rebels under William of Orange from this remote region, and now there were rumors that the war-weary population harbored traitors conspiring to help the Spanish invade. In response, rebel leaders arrested a number of vagrants and peasants, put them on the rack, and brutally tortured them until they confessed and named their principals — a witch-hunt that eventually led to a young Catholic lawyer named Jan Jeroenszoon.

Treason in the Northern Quarter tells how Jan Jeroenszoon, through great personal courage and faith in the rule of law, managed to survive gruesome torture and vindicate himself by successfully arguing at trial that the authorities remained subject to the law even in times of war. Henk van Nierop uses Jan Jeroenszoon’s exceptional story to give the first account of the Dutch Revolt from the point of view of its ordinary victims — town burghers, fugitive Catholic clergy, peasants, and vagabonds. For them the Dutch Revolt was not a heroic struggle for national liberation but an ordinary dirty war, something to be survived, not won.


An enthralling account of an unsuspected story with surprising modern resonance, Treason in the Northern Quarter presents a new image of the Dutch Revolt, one that will fascinate anyone interested in the nature of revolution and civil war or the fate of law during wartime.

Henk van Nierop is professor of early modern history at the University of Amsterdam. He has written widely about the Dutch Revolt and the Dutch Golden Age, and his books include The Nobility of Holland: From Knights to Regents, 1500-1650. 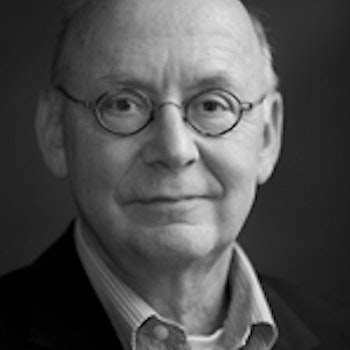 "Readers in general will find that the book resonates with contemporary concerns about the extralegal power of the state in times of crisis, about reconciliation after civil war and internal conflicts, and about the horrific impact of war on the average person. The level of detail and necessity of background knowledge may make the book too involved to assign in an undergraduate class, but despite its narrow geographic and temporal focus, is an enriching read for historians with a wide range of interests."—Laura Lisy-Wagner, H-Net Reviews

"Readers will appreciate the fact that the lucid writing of the Dutch volume has been preserved in Grayson's excellent translation, making this book an accessible, important source of knowledge about people, environment, and the horrors of war."—Marybeth Carlson, Journal of Interdisciplinary History

"[Henk van Nierop] has successfully challenged various historical myths that became ingrained in the historiography about the Dutch Revolt and nascent Republic during the course of the nineteenth and twentieth centuries."—Kees Boterbloem, Canadian Journal of History

"This is an important, remarkable, and extremely sophisticated study. . . . If one was unfortunate enough to have to recommend a single book on a topic as rich and diverse as the Dutch revolt and its message to us today, this book would be it."—Robert Von Friedeburg, American Historical Review

"Van Nierop tells a compelling tale. . . . Van Nierop has thrown light on an important episode in the Dutch Revolt, cast within current historiographical orthodoxy, which tends to depict the bulk of the Dutch population as hapless victims of a war not of their choosing."—Brian G. H. Ditcham, Sixteenth Century Journal

"Treason in the Northern Quarter is an impressive study that presents the true nature of the Dutch Revolt and the horror that civil war and revolution bring to ordinary people."—Geoffrey Parker, author of The Thirty Years' War and The Grand Strategy of Philip II