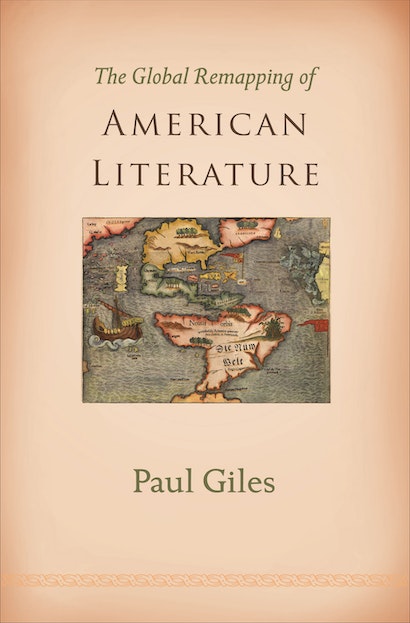 This book charts how the cartographies of American literature as an institutional category have varied radically across different times and places. Arguing that American literature was consolidated as a distinctively nationalist entity only in the wake of the U.S. Civil War, Paul Giles identifies this formation as extending until the beginning of the Reagan presidency in 1981. He contrasts this with the more amorphous boundaries of American culture in the eighteenth century, and with ways in which conditions of globalization at the turn of the twenty-first century have reconfigured the parameters of the subject.


In light of these fluctuating conceptions of space, Giles suggests new ways of understanding the shifting territory of American literary history. ranging from Cotton Mather to David Foster Wallace, and from Henry Wadsworth Longfellow to Zora Neale Hurston. Giles considers why European medievalism and Native American prehistory were crucial to classic nineteenth-century authors such as Emerson, Hawthorne, and Melville. He discusses how twentieth-century technological innovations, such as air travel, affected representations of the national domain in the texts of F. Scott Fitzgerald and Gertrude Stein. And he analyzes how regional projections of the South and the Pacific Northwest helped to shape the work of writers such as William Gilmore Simms, José Martí, Elizabeth Bishop, and William Gibson.


Bringing together literary analysis, political history, and cultural geography, The Global Remapping of American Literature reorients the subject for the transnational era.

Paul Giles is the Challis Professor of English at the University of Sydney. His many books include Atlantic Republic and Virtual Americas.

"In this richly provocative study, Giles posits a protean map of the American imagination."—Choice

"Paul Giles can arguably be considered one of the most significant non-host nation scholars of American writing and culture active today and, consequently is among the first rank of academic literary critics in the current moment. His recent The Global Remapping of American Literature simply stands as one of the high water marks for literary criticism in 2011 so far, and, despite Giles' continuing productivity, ought to be recognized as a career-marking bravura work of skilled reorganization of the field of American Studies itself."—Stephen Shapiro, Review of English Studies

"The Global Remapping of American Literature was the first work from Paul Giles that I had the opportunity to read—it alone broadened my perspective on the work of the critic within the ever-shifting world of American literary studies."—Guy Risko, Symploke

"The Global Remapping of American Literature is, as has come to be expected of the work of Paul Giles, an excellent addition to the field of American studies. . . . Giles writes with the inevitable authority of a scholar whose critical achievements are consolidated by this latest work."—Theresa Saxon, Years Work in English Studies

"This timely and inclusive book reconfigures the coordinates of the entire field of American literature for the transnational epoch. Scrupulously researched, it inaugurates a wholly alternative mode of understanding and is bound to provoke argument and discussion. Giles's engaging prose is a pleasure to read."—Donald E. Pease, Dartmouth College

"There is no question that this ambitious book will find a wide readership among those in the fields of American literature and American studies. It brilliantly covers an impressive range of texts and offers new and provocative insights. Rich in detail, its implications for the study of American literature are decisive and far reaching."—Leonard Tennenhouse, Duke University