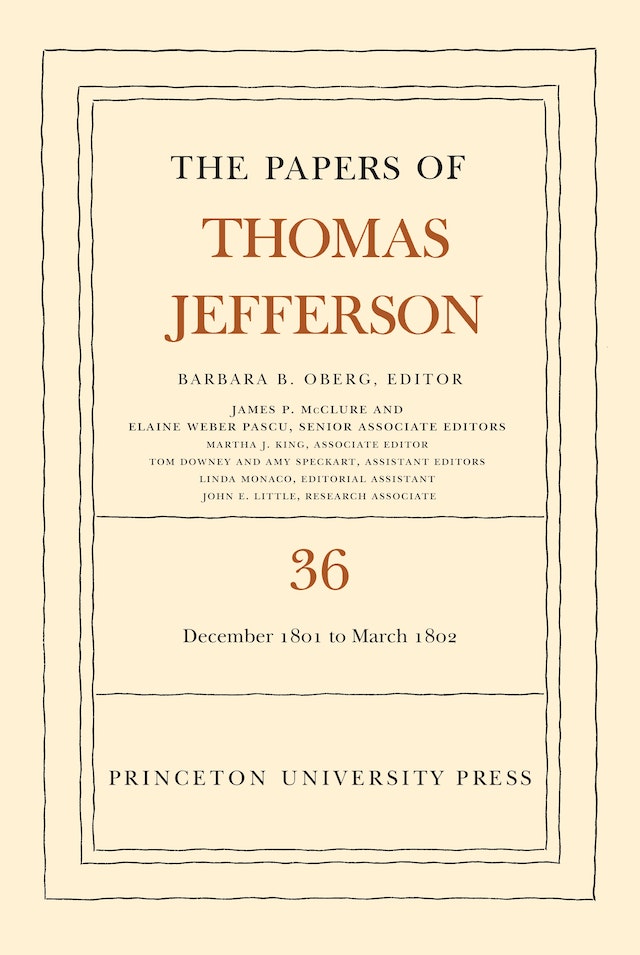 The period covered by this volume brings to a conclusion Thomas Jefferson’s first year as president. On 8 December he communicates his first annual message to Congress: peace between France and England is restored; a rise in population will increase revenue and help abolish internal taxes; the standing army can be done away with; “peace & friendship” prevail with Indian neighbors. He recommends two particular matters to the attention of Congress: a revision of the laws on naturalization and a review of the Judiciary Act. Two delegations of Indian nations hold conferences with Jefferson and Secretary of War Henry Dearborn in Washington. Jefferson observes that it is good for them to “renew the chain of affection.” The president receives a “Mammoth Cheese” as a token of esteem from the citizens of Cheshire, Massachusetts, and the letter from the Danbury Baptists arrives. In his famous reply to the Baptists, Jefferson states that “religion is a matter which lies solely between man & his god.” Shortly after legislators arrive in town for the opening of Congress, he begins to entertain at the President’s House. He uses such occasions to bridge the divide between the executive and legislative branches and foster political understanding between Republicans and Federalists. As he moves into his second year as president, he is optimistic about his legislative program and the Republican majority in Congress.