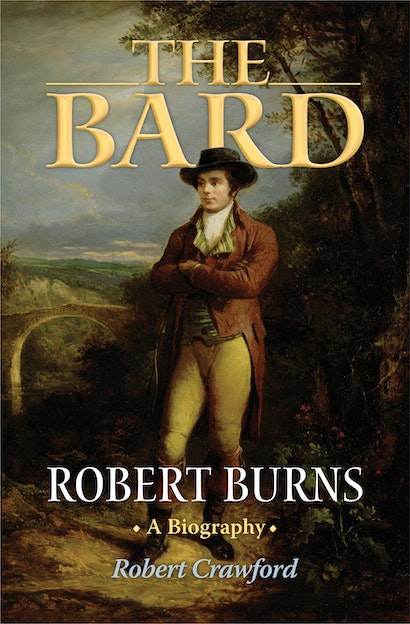 No writer is more charismatic than Robert Burns. Wonderfully readable, The Bard catches Burns’s energy, brilliance, and radicalism as never before. To his international admirers he was a genius, a hero, a warm-hearted friend; yet to the mother of one of his lovers he was a wastrel, to a fellow poet he was “sprung … from raking of dung,” and to his political enemies a “traitor.” Drawing on a surprising number of untapped sources — from rediscovered poetry by Burns to manuscript journals, correspondence, and oratory by his contemporaries — this new biography presents the remarkable life, loves, and struggles of the great poet.

Inspired by the American and French Revolutions and molded by the Scottish Enlightenment, Burns was in several senses the first of the major Romantics. With a poet’s insight and a shrewd sense of human drama, Robert Crawford outlines how Burns combined a childhood steeped in the peasant song-culture of rural Scotland with a consummate linguistic artistry to become not only the world’s most popular love poet but also the controversial master poet of modern democracy.

Written with accessible elan and nuanced attention to Burns’s poems and letters, The Bard is the story of an extraordinary man fighting to maintain a sly sense of integrity in the face of overwhelming pressures. This incisive biography startlingly demonstrates why the life and work of Scotland’s greatest poet still compel the attention of the world a quarter of a millennium after his birth.

Robert Crawford is professor of modern Scottish literature at the University of St. Andrews. His many books include Scotland's Books: The Penguin History of Scottish Literature, as well as the poetry collections The Tip of My Tongue and Full Volume (both Cape). 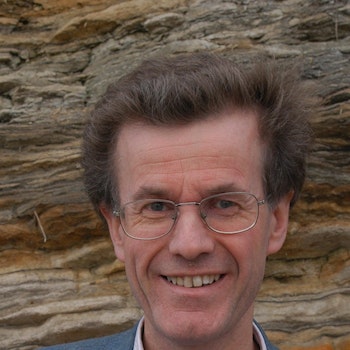 "[A] searching and sensitive biography. . . . Crawford is an academic himself, a professor at the University of St. Andrews, as well as a poet, and perhaps that is why disparagement of Burns by academics worries him so much. For Crawford, however, Burns's gradual disappearance from 'the research culture of modern academia' is a serious concern, and this biography seeks to show why his poetry is worth literary examination, as well as how it is illuminated by his life. . . . [A]nd it is in the tonal analysis of Burns's poems that Crawford is at his best in this outstanding book."—John Carey, New York Review of Books

"The first twenty-first-century biography of Scotland's national poet publishes on January 25, 2009, the two-hundred-fiftieth anniversary of his birth, and it is an exceptional book."—Ray Olson, Booklist

"The joy of Robert Crawford's biography of Burns is that it restores much-needed complexity to the image of the Ayrshire balladeer poet whose pretty face adorns everything from tea-towels to biscuit tins in his home country."—Lesley McDowell, The Independent

"Although these things are important, and certainly need to be written about, they can deflect our attention from what is less sensational and fundamentally more appealing about Burns: the unquenchable humanity of his poetry and songs. By combining a reliable account of the former with a rich appreciation of the latter, Robert Crawford has done him a great service. . . . Crawford has righted old wrongs—scraping layers of yellowing varnish from received impressions of Burns—and he has also made some vital new connections between Burns's independent-minded politics and the nationalism of contemporary Scotland."—Andrew Motion, The Guardian

"Crawford's biography benefits from his activities as distinguished scholar and poet. Like a good history teacher, he is quick to make simple but illuminating connections between the past and the present, and he employs modern concepts with tact and restraint. . . . The ideal biographer must admire his subject but remain clear-eyed. Crawford is both partisan and sensible."—Carol Rumens, The Independent

"Crawford has produced an act of homage as well as a fine biography; his appreciation of the poet's inner springs brings Bruns's outer forms blazing back to life."—Frances Wilson, The Times

"[Burns] is not easily captured, but Robert Crawford does it with an assurance and a fluency that belies the breadth of scholarship and the depth of research he has put into what he modestly describes as 'a biography.' What he has produced is much more than that. In The Bard, he manages to combine narrative richness with a close reading of the work that sets it in both its literary and historical context. . . . In lengthy, deeply rewarding chapters, Crawford brings a poet's ear and a novelist's technique to bear to bring a lost world to life. Thoughtful but tough analysis dispels myths and sets us as near to a truthful account of Burns we are likely to get. It is an essential work."—John McTernan, The Globe and Mail

"Crawford's biography is a generous and timely work—it isn't hero worship, and it is forthright (and amusing) about the hustling self-promotion of the man who crowned himself 'King of the Bards.' . . . In short, it's a terrific tribute to the short life of an unlikely celebrity-poet."—Eric Banks, The Chronicle Review

"This biography of Burns has the distinct advantage of focusing on the poetry. Crawford makes a determined effort to situate the poetry within the contexts of both Burns's life and the Scottish history within which it was written. Himself a poet, the author appreciates Burns's achievement in verse; indeed without this sensitivity the biography would be little more than a collection of many sordid details."—E. M. Slotkin, Choice

"Robert Crawford, a fine poet himself, writes with subtlety and insight, drawing out the contradictions between Burns' defiantly republican sympathies and his need for aristocratic and government patronage."—Andro Linklater, The Spectator

"[A] triumph—a highly readable, at times very moving account of the life of the poet, backed at every stage by scholarship that is worn in such a way as not to deter the general reader. This is a fine biography, and it is difficult to imagine its being surpassed for a very long time."—Alexander McCall Smith, The Telegraph

"Biographies of Burns are as plentiful as hangovers after Burns Suppers, and some of them are equally unrewarding. But this one is genuinely useful. Evenhanded and earnest, it isn't the raciest version of Burns's high-octane career: Those who want a simplified story can look elsewhere. But The Bard, while approachable and concise, sets a new standard for scholarly readings of Burns's life. . . . [T]his biography is enlightening and entertaining, a good read in a gray month."—Sara Lodge, The Weekly Standard

"Robert Crawford, a professor at the University of St. Andrews in Scotland, knows more about Robert Burns than Burns did—and is willing to share enough in 307 pages to give you a real insight into the life and times of Scotland's national poet."—Brendan T. Byrne, Newark Star-Ledger

"Because Crawford is such an incandescent and engaging writer, his 400-page book, despite its 65-page chapters and sometimes page-long paragraphs, is something of a page-turner. Crawford's subject is owed credit for that, too. It's difficult to imagine a livelier, funnier, more passionate, more daring, more gifted life to study than that of Robert Burns. The perfect biographer has combined with the perfect subject here."—Bryan Woolley, Dallas Morning News

"Crawford's The Bard is a welcome addition to Burns scholarship, offering a useful and very readable introduction to the life of Burns."—Corey E. Andrews, Eighteenth-Century Scotland

"I both admired and enjoyed this thoughtfully sustained and planned biography. It has its subject steadily in view, is the product of authentic independent research, and has both shrewdness, readability, and amplitude. It is well-edited, pleasingly bound and attractively presented. It must surely be now the first choice for anyone wishing to encounter Burns's life and poetry together."—Bernard Beatty, Scotia

"Burns was a poetic genius and his life was the stuff of legend. Compelling and timely, this book directs attention to a major poet who has been scandalously neglected in scholarship outside of Scotland for many years."—James Chandler, University of Chicago

"There have been scores if not hundreds of biographies of Burns. In an impressive feat, Crawford has written one that really justifies the claim of providing a new, original account—indeed, I would say it is as close to being definitive as we are likely to get."—Ian Duncan, University of California, Berkeley