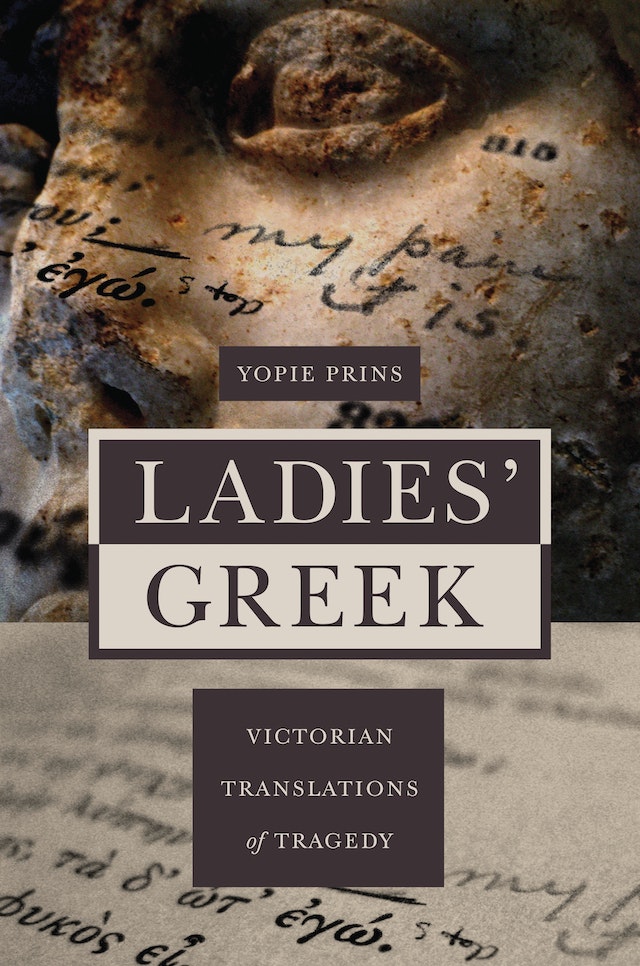 In Ladies’ Greek, Yopie Prins illuminates a culture of female classical literacy that emerged in the second half of the nineteenth century, during the formation of women’s colleges on both sides of the Atlantic. Why did Victorian women of letters desire to learn ancient Greek, a “dead” language written in a strange alphabet and no longer spoken? In the words of Elizabeth Barrett Browning, they wrote “some Greek upon the margin—lady’s Greek, without the accents.” Yet in the margins of classical scholarship they discovered other ways of knowing, and not knowing, Greek. Mediating between professional philology and the popularization of classics, these passionate amateurs became an important medium for classical transmission.

Combining archival research on the entry of women into Greek studies in Victorian England and America with a literary interest in their translations of Greek tragedy, Prins demonstrates how women turned to this genre to perform a passion for ancient Greek, full of eros and pathos. She focuses on five tragedies—Agamemnon, Prometheus Bound, Electra, Hippolytus, and The Bacchae—to analyze a wide range of translational practices by women and to explore the ongoing legacy of Ladies’ Greek. Key figures in this story include Barrett Browning and Virginia Woolf, Janet Case and Jane Harrison, Edith Hamilton and Eva Palmer, and A. Mary F. Robinson and H.D. The book also features numerous illustrations, including photographs of early performances of Greek tragedy at women’s colleges.

The first comparative study of Anglo-American Hellenism, Ladies’ Greek opens up new perspectives in transatlantic Victorian studies and the study of classical reception, translation, and gender.

Yopie Prins is the Irene Butter Collegiate Professor of English and Comparative Literature at the University of Michigan and the author of Victorian Sappho (Princeton). 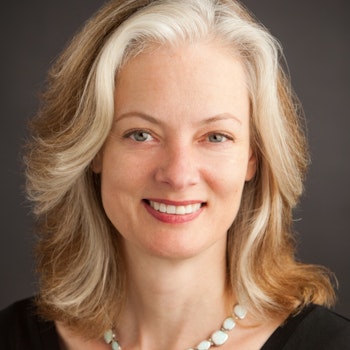 "The story of 'ladies' Greek', writes Yopie Prins in this fascinating academic study, goes hand in hand with that of the progress made in women’s education during the second half of the 19th century."—Francesca Wade, Daily Telegraph

"[A] splendid new study of late 19th- and early 20th-century female translators of ancient Greek tragedy. . . . Prins gives a fascinating account of the importance of Greek tragedy in translation and theatrical production in the colleges of higher education for women that emerged in this period."—Emily Wilson, Guardian

"In Yopie Prins' remarkably wide-ranging, even scandalously scholarly work, she has collected a series of vivid tableaux vivant featuring translations and performances of Greek tragedies by 19th- and early 20th-century women, both in Britain and America."—Mary Townsend, Education & Culture Review

"Ladies' Greek has been nearly twenty years in preparation. . . . It's been worth the wait. This is a wonderful demonstration of archival research, literary history and close reading which takes the discipline of classical reception to a new level. Like the subjects she describes, Prins breathes new life into dead papers, her own dazzling writing dancing across the page. . . . An exhilarating intellectual ride."—Jennifer Wallace, Modern Language Quarterly

"Prins has a gift for wordplay and turns of phrase . . . that can open up new speculative possibilities as we ask why women were so attracted to learning Greek. . . . [An] important study."—Elizabeth Helsinger, Modern Philology

"Ladies’ Greek is an exceptional piece of work. Deftly written, insightful and expansive, the book demonstrates Prins’ excellence as a scholar. Prins has produced more than outstanding scholarship, though: her series of encounters with archival materials and the lives and works of past women they represent is both compelling and moving. I will confess that the book took some time to get through, but that is chiefly because I found myself re-reading some of the passages again and again as one might do a great piece of literature. . . . A triumph."—David Bullen, Classical Review

"A wonderful demonstration of archival research, literary history, and close reading, Ladies’ Greek takes the discipline of classical reception to a new level. Like the subjects she describes, Prins breathes new life into dead papers, her own dazzling writing dancing across the page."—Jennifer Wallace, Modern Language Quarterly

"Ladies' Greek is remarkable for its sensitive and subtle discussion of the controversial process of translating and performing dramatic texts written in a dead language whose study was at first available only to men."—Helene P. Foley, Barnard College

"Ladies' Greek is the resounding answer to Woolf’s ‘On Not Knowing Greek.’ What was unleashed when women as well as men, on both sides of the Atlantic, came to intimately know their beloved Greek tragedies? Prins recreates the burgeoning culture of translation and re-enactment at women’s colleges, reviving enthusiasms of the forgotten and famous, from A. Mary F. Robinson to Elizabeth Barrett Browning. This is a definitive literary history that will influence future scholars, but any reader may binge on it like a beautiful BBC drama."—Alison Booth, University of Virginia

"Ladies' Greek is a highly anticipated, wide-ranging, and meticulously researched book. Its compelling and original conclusion makes a significant contribution to our understanding of Victorian Hellenism."—Laura McClure, University of Wisconsin–Madison