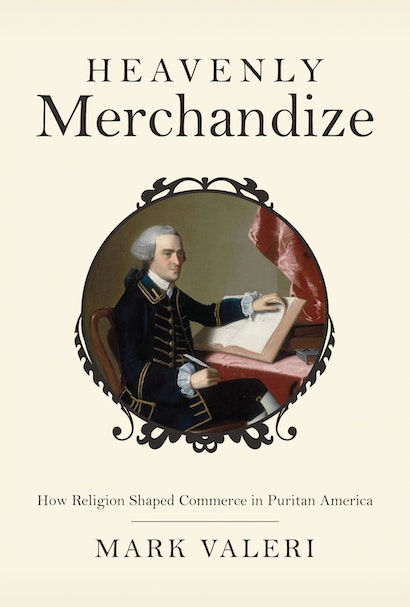 Heavenly Merchandize offers a critical reexamination of religion’s role in the creation of a market economy in early America. Focusing on the economic culture of New England, it views commerce through the eyes of four generations of Boston merchants, drawing upon their personal letters, diaries, business records, and sermon notes to reveal how merchants built a modern form of exchange out of profound transitions in the puritan understanding of discipline, providence, and the meaning of New England.


Mark Valeri traces the careers of men like Robert Keayne, a London immigrant punished by his church for aggressive business practices; John Hull, a silversmith-turned-trader who helped to establish commercial networks in the West Indies; and Hugh Hall, one of New England’s first slave traders. He explores how Boston ministers reconstituted their moral languages over the course of a century, from a scriptural discourse against many market practices to a providential worldview that justified England’s commercial hegemony and legitimated the market as a divine construct. Valeri moves beyond simplistic readings that reduce commercial activity to secular mind-sets, and refutes the popular notion of an inherent affinity between puritanism and capitalism. He shows how changing ideas about what it meant to be pious and puritan informed the business practices of Boston’s merchants, who filled their private notebooks with meditations on scripture and the natural order, founded and led churches, and inscribed spiritual reflections in their letters and diaries.


Unprecedented in scope and rich with insights, Heavenly Merchandize illuminates the history behind the continuing American dilemma over morality and the marketplace.

Mark Valeri is the Ernest Trice Thompson Professor of Church History at the Union Theological Seminary and Presbyterian School of Christian Education in Virginia. His books include Law and Providence in Joseph Bellamy's New England: The Origins of the New Divinity in Revolutionary America and The Works of Jonathan Edwards, Volume 17: Sermons and Discourses, 1730-1733. 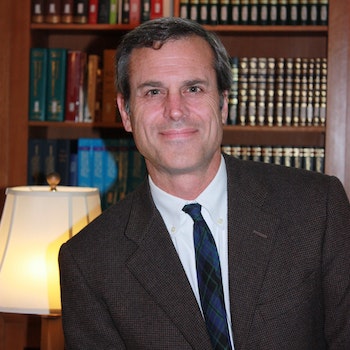 "Valeri's reading of theological sources is so satisfying because he is a subtle, careful reader; he resists the temptation to smooth away contradictions, or to oversimplify; indeed, he seems allergic to polemic it is thus not surprising when, at the end of the book—just when the author might be expected to tip his hand about what all this market accommodation means—Valeri is maddeningly even-handed."—Lauren F. Winner, Books & Culture

"Students of early New England will find this indispensable; it should also appeal to anyone interested in the relationship between religion and the larger culture."—Choice

"[T]he effectiveness with which Valeri utilizes the small-scale cultural world of Puritan Massachusetts in the colonial era in order to examine developments that have wider ramifications, indicates that, as with Perry Miller and so many others, that time and place is still a fruitful laboratory for thick analysis of religiocultural change."—Dewey D. Wallace, Jr., Interpretation

"Valeri's well-written case studies bring many rewards to the reader. They forcefully demonstrate that no one can understand the changing culture of early America without paying attention to religion."—R. Laurence Moore, Journal of Church History

"The book is noteworthy as much for its method as for its conclusions. Valeri's inferences rise convincingly from his methodology, analysis, and rhetoric. . . . [H]andled artfully in an elegant narrative."—Barry Levy, American Historical Review

"This book will certainly change the way both Puritan theology and economics are viewed and is highly recommended."—Suzanne Geissler, Anglican and Episcopal History

"Heavenly Merchandize is a compelling original exploration of moral conviction and commercial culture in early New England. Boldly challenging the view that the demise of piety was a condition for the rise of opportunistic market behavior, Valeri finds that New England's ministers and merchants were neither traditionalists eclipsed by a secularizing Atlantic world nor easy protocapitalists rushing into modernity. He discloses a commercial community that was intent upon righteous trading and pious living."—Cathy Matson, University of Delaware

"Heavenly Merchandize is a magisterial account of the interplay of economics and religion in early America. In place of abstract theories of 'modernization' or 'the spirit of capitalism,' Valeri engages representative figures on the ground, and through their stories narrates the ways in which transformations in religious thought actually shaped a premodern market culture. Students of early American religion, economics, and imperialism will have to consult this seminal work."—Harry S. Stout, Yale University

"Heavenly Merchandize treats the interconnected transformations of theology and the market in New England from earliest settlement in the 1620s to the mid-eighteenth century. The brilliance of Valeri's presentation is that he grounds it in the biographies and extensive testimonies of Boston merchants. In thoroughness, depth, scope, and significance, I rank this among a very elite group of truly seminal books."—Mark A. Noll, University of Notre Dame

"An important and powerfully argued narrative. This work is large in scope and ambition. It assesses more than a century of change in the complex relationship between religious beliefs, practices, and disciplinary standards and the evolution of commercial and market behavior in colonial New England. Valeri takes his subject head-on and in full, knowing the pitfalls and the controversies that lie along the path."—Mark Peterson, University of California, Berkeley