The volcano that has fascinated scientists, writers, and poets for two millennia 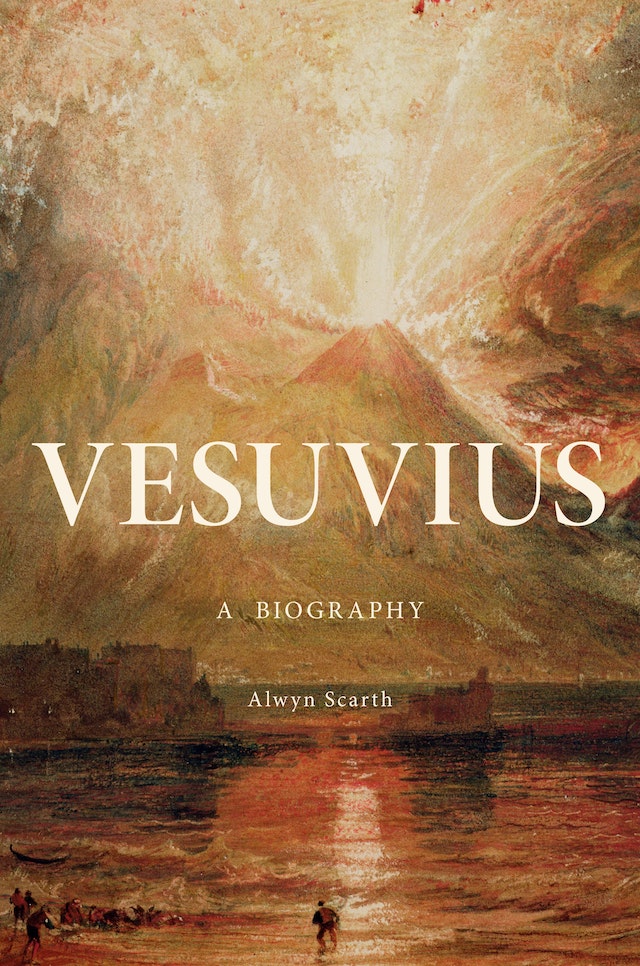 Capricious, vibrant, and volatile, Vesuvius has been and remains one of the world’s most dangerous volcanoes. In its rage, it has destroyed whole cities and buried thousands alive. In its calm, its ashes have fertilized the soil, providing for the people who have lived in its shadows. For over two millennia, the dynamic presence of this volcano has fascinated scientists, artists, writers, and thinkers, and inspired religious fervor, Roman architecture, and Western literature. In Vesuvius, Alwyn Scarth draws from the latest research, classical and eyewitness accounts, and a diverse range of other sources to tell the riveting story of this spectacular natural phenomenon.

Scarth follows Vesuvius across time, examining the volcano’s destruction of Pompeii and Herculaneum in 79 A.D., its eruptions during the Counter-Reformation that were viewed as God’s punishment of sinners, and the building of the world’s first volcano observatory on Vesuvius in the 1840s. Scarth explores the volcano’s current position overlooking a population of more than three million people and the complex attitudes maintained by the residents, at once reverent, protective, and fearful. He also considers the next major eruption of Vesuvius, which experts have indicated could be the most powerful since 1631. The longer Vesuvius remains dormant, the more violent its reawakening will be, and despite scientific advances for predicting when this might occur, more people are vulnerable than ever before.

Exploring this celebrated wonder from scientific, historical, and cultural perspectives, Vesuvius provides a colorful portrait of a formidable force of nature.

"In his latest book on volcanoes (after La Catastrophe, Vulcan's Fury, and Savage Earth), Scarth (formerly at Univ. of Dundee) confronts the legendary Vesuvius. A veritable eruption of words is required to do the story justice, and Scarth is up to the task. . . . Recommended to both general and academic readers."—Walter L. Cressle, Library Journal

"Now and again a book appears that offers a different perspective on volcanic eruptions. Alwyn Scarth's Vesuvius: A Biography is one such book, and it takes the reader on a fascinating journey through Vesuvius' history seen through the eyes of the people who witnessed the eruptions and who were often directly affected by them. . . . A gripping book."—Lucia Gurioli, Times Higher Education

"Scarth has successfully combined a chronicle of a famous volcano's eruptions with a discussion of the history of the eruptions in human terms—daily living, recreation, commerce, art, religion, and the destiny of civilizations. . . . Vesuvius is unmatched for its integration of the scientific, historical, and cultural aspects of a world-famous volcano that must be reckoned with."—Choice

"True to its name, Vesuvius: A Biography covers the history of one of Italy's most famous volcanoes, from its birth to its infamous eruption in A.D. 79 that buried Pompeii to what the future holds—with dozens of eruptions in between. Vesuvius will captivate volcano experts with its discussion of how the volcano has affected Italy's history and culture, and will educate novices about the basics of volcanology."—Earth Magazine

"Vesuvius is filled with science, in such sidebars as 'the role of pyroclastic flows in 1631.' But Scarth cleverly keeps his narrative flowing with juicy gobbets of gossip."—Peter Birnie, Vancouver Sun

"[H]ighly readable and fascinating. . . . [A] well-illustrated book of history and science, and not the least of its virtues is a splendid J. M. W. Turner painting on its dust jacket."—Charles Stephen, Lincoln Journal Star

"Pacific Circle members should delight in the way that this internationally renowned center has embraced both traditional and nuanced styles of the writings of a life story. . . . [A] truly fine, authoritative, readable, and enjoyable work."—Philip K. Wilson, Bulletin of the Pacific Circle

"Vesuvius is a great overview of events at Vesuvius and the Phlegrean Fields through the eyes of the people who witnessed the historical eruptions. I especially enjoyed descriptions of the eruptions during the sixteenth through eighteenth centuries, and how these affected attitudes toward the church and monarchs at that time."—Grant Heiken, coauthor of The Seven Hills of Rome